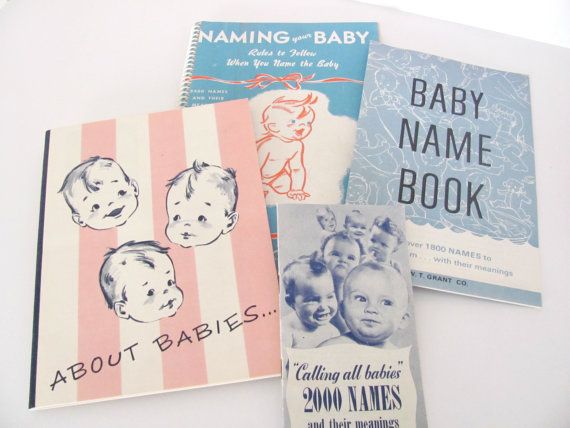 I didn’t get the name I wanted.

I wanted to be Annette. Or Tuesday. Or Dixie.

Instead I got Jane.

Throughout high school I kept a list of the better options that had been sorrowfully overlooked – Toni, Layla, Cleopatra – and there were new additions to the list all the time. Like Marlon Brando’s character in On the Waterfront, I would lament, “I coulda been a Samantha”.

Little did my parents care. Their preference was for no-nonsense names devoid of trend or novelty. They often told us kids that they chose names for us that couldn’t be shortened.  I would have gladly suffered the moniker Wilhelmina if only for the éclat and élan of being called Billy for short.

My name is made up of four letters. It’s not a terribly common name, but then, neither is it arcane. The only letter in my name that might need clarification is the N; I suppose it could sound like an M. Other than that, it’s dead simple. I’m always a bit mystified when I’m asked, ‘Is that Jane with a ‘Y’?’ My retort is well practised: ‘No, it’s Jane with a ‘Y’ not’.  I often ponder adding, “No, no ‘Y’ but there is a silent ‘F’. Just put it anywhere: it’s silent.”

You have to take your fun when and where you find it.

The colossal honour of naming a person comes to you very few times in life. You have the better part of a year to come up with the label for the life-long responsibility they’ll send you home from the hospital with, but lots of people go right down to the wire on the appellation task. There’s loads of dithering and vetoing when selecting a name. In the first trimester, the tendency is to run riot with the possibilities. Elon Musk’s kid may have already taken X AE A-12, but you find yourself wondering, Hey! Maybe X AE A-13 is still available? In the second trimester you see the sense in bestowing a simple John or Mary on your progeny but can’t seem to dislodge Bartholomew or Desdemona from your mind. In that final trimester you keep your cards close to your chest. You discover just how invested people are in the name game, namely, your name game. They don’t like your choices. They don’t like the spelling of your choices. And they have plenty o’ suggestions, many of which seem to have been generated while googling the Domesday Book or shopping in Duty Free at the airport. Clovis nor Rolex are going on the list.

Celebrities provide a carnival of inspiration when it comes to names. Rapper Nick Cannon has shown immense flair in individuating his offspring. Zion Mixolydian and Zillion Heir are Cannon’s twin sons, and he has a little girl who answers to Powerful Queen.

… but her middle name is Antarctica.

In keeping with his love of going off the beaten track, celebrated British adventurer Bear Grylls, named his kids Marmaduke and Huckleberry. Bear’s real name, by the way, is Edward. Chart topper Ed Sheerin’s baby girl has a relatively unremarkable first name – Lyra – but her middle name is Antarctica. Speaking of place names, Reese Witherspoon named her son Tennessee. It would seem that Steven Speilberg and Kate Capshaw share a love of early Westerns as they named their child Destry, likely after the James Stewart character in Destry Rides Again. The ingredients in celebrity chef Jamie Oliver’s family recipe include Poppy Honey Rosie, Petal Blossom Rainbow, Daisy Boo Pamela, and Buddy Bear.

Children being the malcontents that they are, I imagine a day in the not-to-distant future, when  the Kardashian kidlets – Stormi, Reign, North, Chicago, Psalm, Dream, Scotland, et al – will pummel their parents for porridge names like the ones my parents gave me and my siblings.

HOW DO YOU FEEL ABOUT THE NAME YOU WERE GIVEN AND/OR THE NAMES YOU BESTOWED. WHAT ARE THE STORIES BEHIND THOSE NAMES?

So, who’s your celebrity crush? Any perennial favourites?

I particularly enjoyed Hall Pass which begs me to inquire about the Italian with ‘the fire in his eyes.’ Excuse my prying, but I’m curious if we have a coincidence or a connection. Growing up in my household, Claudia Cardinale was an iconic figure revered by all members – even me at a mere 8 years old. How I aspired to her female prowess! And the quintessential station wagon! Who could ever forget that god-awful green beast! So my question to you, are you referring to Richard Negrin?

(Dear Curious Little Sister: You nailed it! I was, indeed, referring to your sweet brother, Richard Negrin.)

I enjoyed reading your latest column about fantasy men and noticed that you listed Jason Mamoa. I have a little story about him to share. About 90% of this recollection is true. Many years ago when I was a member of UBCP, I was an extra in a movie (or TV series?) that featured Jason.  Between various takes he would chat with me and soon, I felt like we had known each other for years. He was very personable. Funny thing though …. When the shoot was over he asked me an unusual question. “Do you know how I can get hold of Jane?” I may have misheard him but after reading your column I now know who he meant.

One of my celebrity crushes back in the day was Burt Reynolds. I still have his poster safely stored and may put it back up on the wall if my new “crush”, George Clooney, doesn’t get in touch with me soon. Every Valentine’s Day I adorn my front door with his picture surrounded by a large heart. I’d even be willing to send a Valentine decorated limo to YVR to pick him up and drive him to my home. Oh well, if he doesn’t show up this year, I may drop him and get a new “crush”. Hmm, maybe Idris Elba?

My celebrity crush was (and still is) Morticia Addams, aka Carolyn Jones. No wonder Gomez adored her.

Nigella Lawson, British chef, author and cooking show diva, is my hall pass.  I stumbled across her when channel-surfing one day and I was hooked! The TV program itself was excellent, with Nigella oohing and awing over her latest recipe. I work in media sales and years ago she came to our station for an interview. I didn’t meet her but my team loved pranking me.  As we had talked about ‘hall passes’ at one point, they secretly had her sign a photo and presented it to me in our next meeting, all in tears laughing!  Aah Nigella!!

My celebrity crush was/is Tom Selleck. It blossomed in 1984 when he spent a week in my Delta neighborhood filming  “Runaway”. All of us young mothers hung around, fluttering our eyelashes at him.  He was a delight, a flirt and oh so handsome! Alas, I confess, I started cheating on Tom a few years ago. Yup, for a younger, more accessible charmer. I just say “Alexa, play Michael Buble” and I escape reality and enter a blissful state. Fantasy and imagination have a strong role in my coping skills for the unexpected state of the world.

Have to say: Patrick Swayze the way.  Keith Urban can park his boots any time, too. Thank you for your stories.  I wait for them

No matter how old we are it is always imperative to enjoy beauty, in women and in men! My celebrity choices are: Omar Sharif, a sensual, passionate and mysterious man. As Dr. Zhivago, he captured us with his smoldering eyes. Sean Connery, in anything. Was it the accent that shattered our hearts, or was it his eyes? Robert Redford in The Way We Were – is it the story or the star? Today there is Idris Elba, Jude Law, and Colin Firth.

At 80 I say to my children, “When I stop looking at handsome men, you had better worry about me”.

Sean Connery! No question. Because of his sense of humour and not taking himself too seriously not to mention his wonderful accent!  And he matured well, too.

2 thoughts on “NAMING RIGHTS … AND WRONGS”

previousCELEBRITY CRUSH
nextUP AND AT ‘EM?