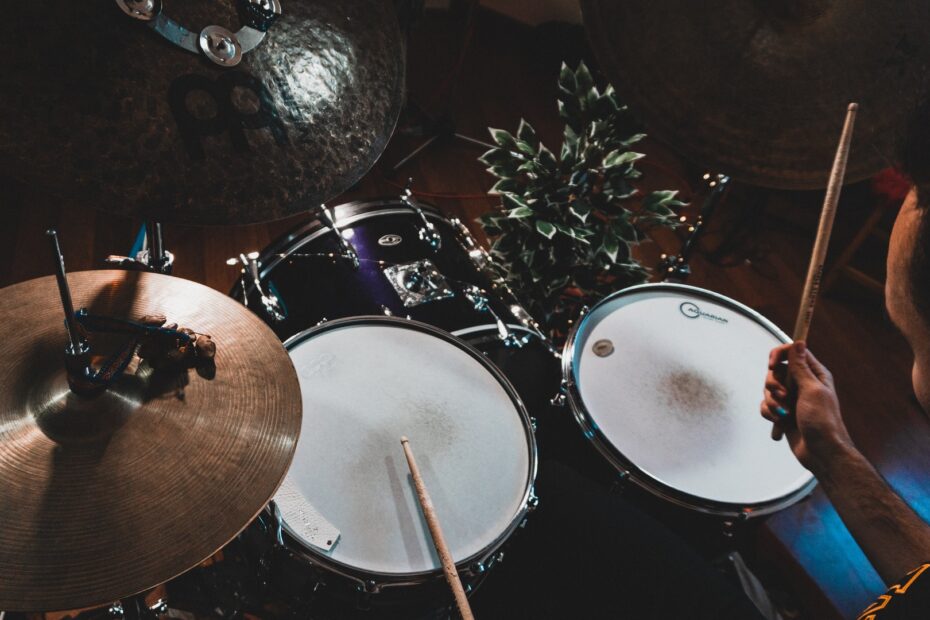 It’s a well known fact that learning an instrument has a myriad of benefits.

He was living the dream.

A dream based on a youthful fib.

Go back a few decades. Some musicians were putting a band together. Every band needs a drummer but they didn’t have one. Rocket had musical experience … of a sort: he played the accordion.

When the question came up, he answered right away.

Now, he wasn’t entirely unfamiliar with the drums. Following the appearance of The Beatles on the Ed Sullivan show, Rocket had thrown over the accordion for a drum kit, happily banging away by himself in the basement of his parent’s home. That, it would turn out, was enough to get by. Thus launched Rocket’s life-long career as a celebrated professional – albeit untrained – drummer.

They call this moxy.

Moxy delivered Rocket the life of a rock star, touring across North American and playing packed arenas. He was the drummer for a batch of Canadian bands, the most famous of which was the Juno award-winning band, Prism. Good call, that, ditching the accordion.

Rocket’s drum training had been simple. He’d come home from school, put a record on the hi-fi, and do his best to play along. He’s the first to admit that he had no technical training; that he was figuring it out as he went along. His technique was simple: “I played from my gut.” Rocket maintains that drumming is, at its core, instinctual. The mechanics of it can be taught, but the artistry is innate. You can fake out the mechanics but you can’t fake out the passion. Rocket had buckets of passion; he wished had more scholarship.

Rocket maintains that drumming is, at its core, instinctual.

So Rocket went back to the beginning. He wanted to learn how to play the drums from scratch. Rocket explains it this way: “I’d built this whole house with no real foundation. It was time to fix that.”

“I’d built this whole house with no real foundation. It was time to fix that.”

He signed up for classes at Rufus Drums. Countless people have learned how to play at Rufus Guitar and Drums but you don’t expect to see a celebrated veteran of the Canadian music industry lining up for classes. The first year was spent re-learning stick control rudiments, not even touching a drum. He’s kept it up. Once a week, Rocket sits down in a soundproof studio alongside his instructor, Tristan, who puts him through his paces. He goes home with homework.

Has it made a difference?

It’s made a huge difference, according to Rocket.

“Now I can do the stuff that I could only imagine before.”

It’s a well known fact that learning an instrument has a myriad of benefits. There’s considerable science showing that playing the drums improves the functionality of the brain. Mood is improved as scientists say that alpha waves get a boost when you’re making music.  It doesn’t matter what instrument you pick up – guitar, flute, xylophone – the act of making music improves us. Given the acknowledged virtues, you’d think that medicine cabinets would be stuffed with sheet music and not prescription bottles but music instruction is, wrongly,  considered the domain of youth.

It doesn’t matter what instrument you pick up – guitar, flute, xylophone – the act of making music improves us.

In recent years, I’ve become fascinated by the mathematics of drumming, trying to match on my steering wheel the complex patterns in a pop song. The nice thing about the drums in particular, is that, unlike the violin, it’s an instrument that meets you halfway. I took an introductory class at Rufus Drums and discovered that I wasn’t half bad. Not half good, mind you, but I could pound out a satisfying beat that resembled music. I plan on signing up for more classes. I liked everything about it: the way it marshals all your limbs, challenges dexterity, sharpens your focus.  Another plus? You get to hit things really hard. You gotta love that!

ARE YOU A LIFE-LONG LEARNER? WHAT HAVE YOU TAKEN UP NOW THAT YOU’RE ALL ‘GROWN UP’? WHAT DO YOU REGRET NOT HAVING STAYED WITH?

WHAT SATISFIED YOUR CHILDHOOD SWEET TOOTH?

As a pragmatic young lad, I reasoned that Jaw Breakers were the best bang for the buck (or under a nickel back then).  The delectable, slow dissolve was a superb respite for my insatiable sugar cravings but not so great for my parents devoid of a family dental plan. Nevertheless, my first kiss, on the rooftop parkade of the local Dominion grocery store, with a girl who smelled of Cinnamon Hearts, emphatically supplanted Jaw Breakers from the top of my candy favourites list.

What wonderful childhood memories you’ve brought back! Yes, I remember the gold rush gum, the horrible soap gum and so many others! What I liked were the strawberry marshmallows that, unfortunately, just don’t have the same taste or texture as they used to. Little spearmint jelly candies in the shape of mint leaves were good and a friend and I used to enjoy the various (glass) bottles of crush pop for a 25 cents, which would sometimes be accompanied by a long red twizzler licorice that had both ends bit off and used as a straw.

How about the politically incorrect candy from the 1960’s?  The candy cigarettes that made you feel so cool and grown up?  There was another candy introduced in 1968 called Albert’s Hippy Sippy.  It was a plastic toy syringe filled with multi coloured pellets in it.  A button was attached to the tip with sayings such as “I’ll try anything” and “we sell happiness”. Needless to say they were banned by 1969.

One of my favourite candies when I was young was blackballs. As the name suggests, they were round black balls, maybe a little over a centimetre in diameter. Layers of different colours were revealed as you sucked on them. Sometimes they ended in a tiny bit of liquorice seed in the middle. When they for some reason went from 2 for a penny to 3 for a penny, we neighbourhood kids sat on the curb excitedly calculating how many we’d now be able to get for various coins – for a nickel, 15! for a dime, 30! Oh happy day! I haven’t been able to find blackballs for many years – and don’t know if I’d still like them if I did – but they’re a fond memory.

I was always enchanted by the candy store, so many choices but Jelly Tots were, and still are, my favourite. My youngest son follows this passion, and in his early twenties still knows the cost of each treat and is appalled when corner stores overcharge: “Mom they are charging DOUBLE for bananas…”. One day (fairly recently) after he helped me with some household chores,  I handed him a $5 bill to run down to the candy store (Candy in the Cove is a Bowen Island marvel). His eyes lit up as he ran out the door, to return with his paper bag of treasures. He even shared some with me!

Among my favorite candy was Mojos. They came in different flavors; I liked the white-wrappered spearmint best. They cost me only a penny for three but cost my mom much more when one pulled the filling out of my tooth!

Maybe I’m just a little too old to remember all the packaged candy; perhaps that came later. I vividly  remember going to the candy counter  at the local store and surveying the 8 ft glass display case of “penny candy”.  Oh, the riches! In those days (I was eight then) we didn’t get an allowance as such but would sometimes be gifted with a dime or quarter. With even just a dime you could get a small brown paper bag with three lemon sours, three licorice strings, three cherry drops and, the best of all, three jawbreakers! Imagine what you could get for .25 cents! Just remember to save .10 cents for the latest comic book! Ah, life was good!