LIFE AND DEATH AND CDS 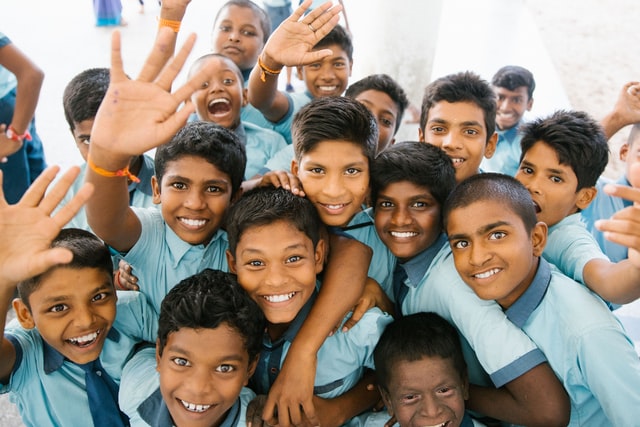 My job was simple: drive. Just keep quiet and drive.

I never drive by Exit 32 without remembering that day.

If it had played out as it might have, you’d probably remember the day, as well.

There were five of us in the car; four noisy ten year-olds, and me. Three boys were in the back seat and my son was in the passenger seat. The rear of the car was piled high with hockey bags. We were on our way to Richmond Ice Centre which is just east of Highway 99, where Steveston Highway meets Number 6 Road. The area is an entertainment and recreational mecca with a water park, trampoline park, a theatre complex, along with the multi ice sheet complex. I was happy to drive the boys to their game and their parents were happy to have the day off from driving duties.

The boys were jubilant. Their team was on a winning streak and they were eager to lace up their skates. Defeat just wasn’t in their vocabulary; life is perfect when you’re ten. My job was simple: drive. Just keep quiet and drive.

My job was simple: drive. Just keep quiet and drive.

I veered off Highway 99 at Exit 32. It was a shimmering spring day; it seemed a shame to be indoors, but there you have it: hockey. There was one car ahead of us at the red light on Steveston Highway. The ice rink was just minutes away and the boys were increasingly restive.  As we sat at the light, the boys hollered for me to play the CD with their team song on it. They were already chanting the lyrics. The light turned green and the car ahead of me moved into the intersection. I took a moment – a heart beat, really – to push the CD into the CD player, took my foot off the brake and began to ease onto Steveston Highway.

I can still see the driver in profile, the truck whooshing by me, seemingly over the hood of my car. I gasped and instantly started on the self-recrimination. I must have misread the traffic lights! It must have been red! Fool! Such a fool!

I can still see the driver in profile, the truck whooshing by me, seemingly over the hood of my car.

The boys were oblivious.

I drove the short distance to the arena parking lot. I still remember where I parked, facing south. The boys piled out and gathered their bags from the back of the car. I got out and stood alongside my car, scorched with confusion and self-recrimination.

A car pulled up directly behind me. The driver jumped out, leaving his car running and his door open. He ran up to me and grabbed me by the shoulders, exclaiming, “Do you know how lucky you are?!” I managed to get out: “Oh my god, you saw it, too?!” just before I burst into tears. He explained to me that a fully loaded gravel truck had run the stalest of red lights – had run between me and the car that was in line at the light ahead of me. He said that he was surprised that I still had my front fender, let alone my life. He told me that he hadn’t been able to get the truck’s licence plate but that he’d managed to get the name of the trucking firm. He wrote it down and handed it to me. He kept repeating that I had no idea how close it had been.

He ran up to me and grabbed me by the shoulders, exclaiming, “Do you know how lucky you are?!”

I stood immobilized in the parking lot by what had almost happened. Except for the time it took to load a CD, four families would have lost a son on that one day.

I made inquiries. I discovered that there was a gravel pit not far from this entertainment complex. That the drivers were paid by the load. I wrote to the BC Minor Hockey Association, the arena, the league. I sent a letter to the Richmond RCMP. Months later I was contacted by the RCMP to let me know that they’d looked into the matter and given out something in the neighbourhood of 87 citations and had taken several trucks off the road for violations, as well as removed some of the drivers.

I think about all of this each and every time I pass by Exit 32.

I think about it each and every time I run into one of those boys, all now grown to be men.

THE INTERSECTION OF LIFE AND DEATH; DO YOU HAVE STORIES WHERE FATE WAS ON YOUR SIDE, BUT JUST BARELY?

Are you a life-long learner?  What have you taken up now that you’re all ‘grown up’? What do you regret not having stayed with?

This week’s column made me smile. In my mid-fifties I met a woman in Edmonton who taught drums. She had played with some well and lesser known bands in Canada and the United States in the 60s. I immediately signed myself up for lessons and every Wednesday after work I went to her home for my weekly lesson. It didn’t take long to realize how uncoordinated I am, as well as quickly developing shin splints and carpal tunnel syndrome. Definitely not an old girl’s game! I continued going to my lessons and paid my teacher not only for the lessons, but also for an hour where we often dissolved into hysterics at my feeble attempts. So well worth it! It’s almost two decades later and we remain best of friends, even after I relocated to Vancouver.

I did my undergrad, mostly through night classes or corresponce, from University of Victoria, Vancouver Community College, Simon Fraser Univ., Fraser Valley College and Okanagan College, as well as the BC Real Estate licensing course (UBC). At age 35, I quit my 15 year banking career, and went to law school. I passed the Bar Admission exams in BC in 1988 and Alberta in 1999 (at age 50). Put simply, I’ve been a “logger, lender, lawyer and leader, laterally in Lumby, Langley, law school and lawyers Lawson Lundell” (that’s 17 L’s!). I am a “poster boy” for life-long learning.

I used to tell people that if I ever retired I might take lessons with the hope I’d learn some of those luscious sounds of the professional jazz pianists, never really believing I’d do that.  Well, weeks after I closed my office I actually did take that step.  I registered at the VSO music school, asked for and was assigned my favorite jazz pianist who was on the faculty, and started lessons, first in the school and then for most of last year on Zoom after Covid intervened.  He was a wonderful teacher.  I don’t have talent to do it well, but very often spend a couple of enjoyable hours a day at the piano.

During my youth, I had aspirations of becoming a writer.  Life happens and finally, at the age of 44, I completed a degree from SFU.  However, taking the sciences stomped the creativity out of me! After retiring from a fulfilling career, and pondering the future, the pandemic took over the world.  I returned to SFU and am completing my 4th Creative Writing course.  Through that, eight motivated students, like myself, have formed a Zoom writing group. We meet monthly, share and critique our writing and have set a goal of “draft memoirs” by September 2022. Life-long learning and new friendships are a win-win for during the time of Covid-19.

I had always wanted to play the alto sax but never got around to it. When I was 56, I had the opportunity to join an adult concert band called Brass, Wind and Wire. It’s a weekly evening band class created for adults who had never played an instrument or hadn’t played in a long time. I joined as a beginner,  on a borrowed sax. A year later after graduating into the intermediate class, I bought my own instrument. After nine years, band class is still a learning experience as well as a social event and I even enjoy performing at concerts. I have to thank the band’s conductor, Brenda Khoo, for creating this wonderful experience.

15 thoughts on “LIFE AND DEATH AND CDS”