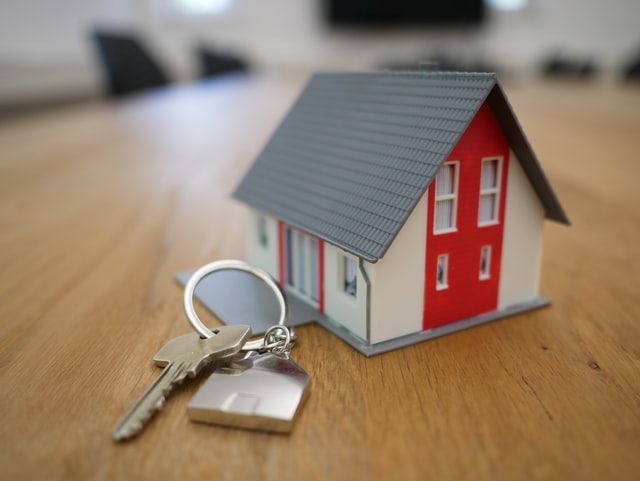 A truly thoughtless gift would be a keychain.

This revelation came to me in a blinding flash one day when I was desperately turning coat pockets inside out, upending handbags onto countertops, and pointing accusatory fingers at anyone within earshot. You know what would make a truly thoughtless gift for the Windsors? You know of which Windsors I speak. The Buckingham Palace Windsors. The Balmoral Castle Windsors. The Windsors of Sandringham Castle.   A truly thoughtless gift would be a keychain. The Windsors, it dawned on me, don’t use key chains. The Windsors don’t carry keys. And if they did, can you imagine how heavy that key chain would be?  Not just a key for the front door, but a key for the drawbridge, a key for the portcullis, a key for the dungeon ….  If you were to throw a set of keys at a royal, I bet they wouldn’t have the instinct – or strength – to catch it. You toss a set of keys at any one of the royals and they’re going to let it whizz right by their heads. They’re also probably going to summon people who do have keys, as well as locks, and they’re going to have you put away.

No, the Windsors don’t lock up when they leave home. They don’t worry about putting timers on the lamps to give the illusion that someone is home folding laundry in the barbican. They don’t leave on the TV believing that it’ll confound interlopers. Okay, true; someone does bring in their mail when they’re away, but not because having flyers pile up on the doorstep is some sort of giveaway. I don’t think they even get flyers.

I can think of a dozen reasons why I’d like to be a royal and not having to fuss about keys is high on the list. With the benefit of a small tiara, there’d be no fishing around in my purse in the dark on the steps in the rain searching for my keys. I’d never have to, on an elegant night out,  carry a man’s keys in my elegant little handbag. That same elegant little minaudière would never end up destroyed by the bottle opener, golf ball marker and divot tool attached to his key chain. And I’d never have to holler, Has anyone – anyone! –  seen my keyyys?

No, all the security we needed was accomplished by the simple act of closing the door.

And we weren’t alone. Every house in the neighbourhood was unlocked.  What kept out people who didn’t live in the house was the conviction that you didn’t go inside someone’s home unless you were invited. Or were being chased by a bear. (More on that later.)

I don’t think I had a house key until I was in my 20s. And if you think this was just a feature of the Diefenbaker era, it was well into the 80s before I even had a house key. When I lived in Greenwich, Connecticut in the early 2000s, we, along with our neighbours, left our houses unlocked. I always marvelled at this. I mean, inside of a half hour by train, I could be in the combat zone of Manhattan, but the ‘burbs were blissfully trusting.

The crocodiles in the moat are purposefully underfed.

Today, I have two dogs who bark madly at squirrels and shadows. When I go out, I set alarms and lock up. The crocodiles in the moat are purposefully underfed. Every door has one of those camera thingies where I can see and talk to whomever is at the door.

A few years back, American filmmaker Michael Moore famously tweeted about the Canadian propensity to leave their homes unlocked. I polled a smattering of friends and acquaintances. It seems, urbanized Canadians now lock up. If you think that’s a shame, take comfort in this: In Churchill, Manitoba, according to the local RCMP, people tend to leave their cars unlocked as a sort of public service. Churchill has a population of about 900 people, just slightly under the reported regional population of polar bears. In the spring, hungry polar bears tend to wander into town. In the event that you encounter a hungry bear, you’re welcome to take refuge in any parked car.

And there’s a good chance you’ll find the front door to the house unlocked, as well.

KEYLESS ENTRY USED TO MEAN SOMETHING ENTIRELY DIFFERENT. DID YOU GROW UP LOCKING UP? WHAT ARE YOUR SAFETY PROTOCOLS TODAY?

Have you ever been robbed or violated? Does your neighbourhood participate in a watch program, officially or unofficially?

Many years ago we came home to find our TV remote control outside at the door. When we came in, the TV was gone. The intruder(s) must have entered over the elevated deck because the front door had been locked. We called the police and reported the incident. It turned out there had just been a break-in at another house in the area. After comparing notes, there was a suspect – a high school acquaintance of our son’s who lived several kilometres away. There was not enough solid evidence to charge the boy even after being interviewed. However, we knew where he lived. So I wrapped up the remote control and left it in their mailbox with a note saying “Hey, you forgot to take this.” If the parents found the object they would be curious about the note. And if the boy found it, I think it was a free lesson.

(We organised a Block Watch shortly after!)

I lived on a corner lot, next to a lane, two blocks from “The Drive”.  During my six years there, Grandma’s copper boiler-come-planter, metal downspout, old copper piping, large potted Norway fir, wicker chair and table all vanished from my yard.  I was an avid outdoor gardener and had befriended a couple of regular dumpster divers over that time – one who always enjoyed a drink of cranberry juice from my fridge. The indoor job took me three days to realize I’d been robbed.

Day One, a gallon of cranberry juice was not in my fridge. (I questioned whether I’d even bought it the day before).  Day Two, something else seemed to be missing.  Day Three, getting ready for work, I opened two jewel cases on my dresser to find that all my treasured family jewels had vanished. Gold, ruby, pearl and diamond rings, bracelet and necklaces, willed to me two generations ago, now stolen by “the green thumb bandit.”  S/he must have watched me gardening out my bedroom window while this loot was picked for the take.

Suspicious, I un-friended the one diver the next time he knocked for juice, giving him an icy glare, a harsh NO to his request for juice, and I shut the door in his face. That was the last I saw of him. My goods remain lost, as well.

As lifelong renters, years ago, we relocated from Vancouver to Burnaby.  Our landlords lived on one side of their duplex, our neighbours lived above us on the other side, and we lived below.

After five years there, one day we were robbed. Apparently, the teenager living above us, had befriended some “bad kids” at school, who gained entry through our shared laundry room. Apparently, it was the ‘bad kids’ fault. I don’t know about that.

The same girl ran an illegal daycare during the summer, which kept me awake when trying to sleep prior to shift work.  When I complained, her father threatened to kill me. The landlords, an elderly immigrant couple, did nothing.  Then they raised the rent. We moved immediately thereafter.  Unfortunately, not all neighbours are good neighbours, although most are.

I looked out on the boulevard one morning last year and saw a big box for something I had recently bought. That’s weird, I thought to myself.  I then saw another familiar item on the road. And another.  It took me a while to realize that those items were mine.  My garage had been robbed in the night and the thieves had dumped some of the heavier items once they were making their get-away.

I don’t lock my car door anymore.  I’d rather have thieves take what they want and not break the windows or bust the lock.  My old swim trunks, snow scraper and spare sunglasses are not worth the price of the deductible or the insurance claim.  Help yourself, thieves!!