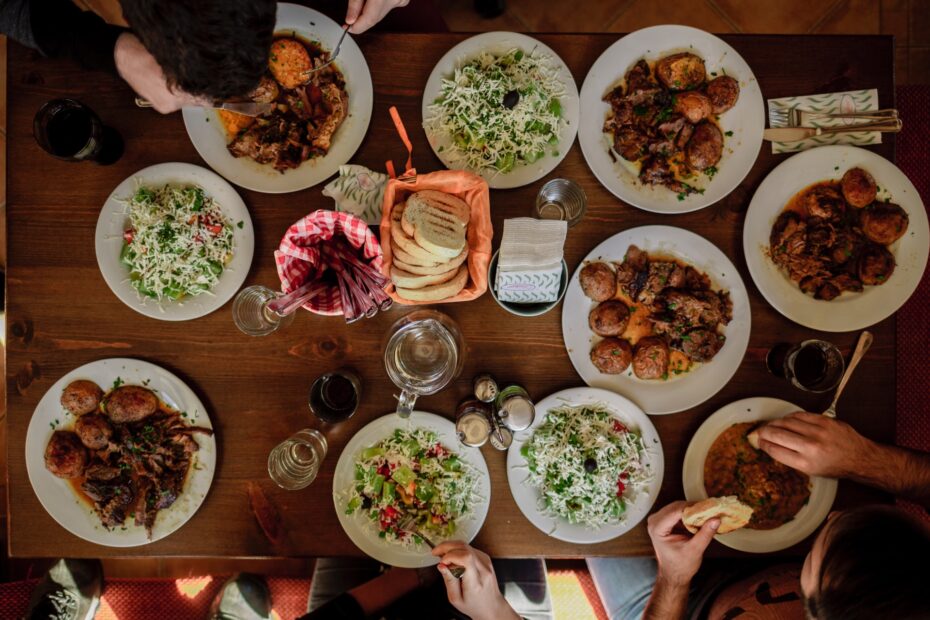 I’ll make a cake. The cake will make up for any shortcomings. This cake is intergalactically famous. I’ve been making it for years. It’s a rum cake.

I’m having friends in this weekend.

The menu is pretty simple.

Corn and crab chowder, a basket of assorted breads, and crudités – likely from Costco.  I may get inventive and make some savory butters for the bread. Then again, I may not. But that’s it.  Easy-peasy.  A hearty chowder thick with celery, potatoes and sliced water chestnuts, plus a bucket of crab meat. Crab is expensive but I get it wholesale from a relative who fishes for a living. ‘Go crazy, why don’t ya?’ Is what he says. There’ll be a lot of crab. And to top it off, chopped scallions. That flash of verdant green finishes it off nicely. I’ll make a cake. The cake will make up for any shortcomings. This cake is intergalactically famous. I’ve been making it for years. It’s a rum cake. I got the recipe out of The Sun decades ago. A cup of rum syrup gets poured over the cake when it’s hot out of the oven. Oh, and did I mention that a cup of rum also goes into the batter? It does. This is a cake to induce delirium. It’s beyond delicious. Mind you, not the best cake to have if you’ve got a job interview following. One of its many nicknames is Old Rubby Cake. With a cup of rum in the batter and then a cup of rum over top, just one slice and you smell like someone close to liver failure.  Heavenly, but exhale downwind.

With a cup of rum in the batter and then a cup of rum over top, just one slice and you smell like someone close to liver failure.

I tore my rotator cuff a while back; a rude surprise and dazzlingly painful, too. I had to frost two birthday cakes in the week that followed. This led to the sudden discovery that you can’t ice a cake when your right arm squeals in pain when it’s moved. The rum cake calls for no embellishment but the buttery rum syrup.  It’s a perfect inclusion for this Sunday. I’ll buy the breads, but I’ll make the biscuits. The chowder means there’s nothing heavy to lift out of the oven. In fact, I plan on leaving a ladle in the chowder pot so people can serve themselves. It would be great if people brought their own bowls – a fresh take on BYOB – but I’ll have a stack beside the stove.

I’ve got flowers for the table but not for the powder room. There’ll be clean guest towels. I’m not going to vacuum – nobody notices if you do or don’t.  I expect we’ll go through more coffee than alcohol but I’ll lay in some beer and some wine. But that’s it. Brunch is served, people. Dig in.

I expect we’ll go through more coffee than alcohol but I’ll lay in some beer and some wine.

When I was a bride, I used to sweat the small stuff. Perfectly ironed linen serviettes. Exquisite lace tablecloths that required special laundering. And there was nothing halfway about my demi-glace. It took days to prepare a dinner for company.  I came up with tricks so as to enable perfect execution. From Bon Appetit – or was it Soldier of Fortune? – I learned to bundle blanched asparagus spears secured by leek ribbons and garnished with red pepper slices so that I could, with magical aplomb, reheat them in a bain marie and plate them alongside a rosemary mustard crusted rack of lamb. These undertakings never failed to bring out my inner Gordon Ramsay. I’d be fretting and sweating right up to the minute the doorbell rang. Getting a hot meal to a table of dinner guests is crazy-making. And people are so fussy. Or are they?

Getting a hot meal to a table of dinner guests is crazy-making. And people are so fussy. Or are they?

Over the years, I’ve discovered that most people couldn’t care less about your demi-glace. These days I entertain less well, but more often.  People don’t remember the clever salad with figs and quail eggs, nor the fancy guest soaps. They remember the conversation, the laughs, and how welcome they were made to feel. They do, however, remember Old Rubby Cake.  It’s just that good.

There’s ho-hum cake and then there’s yo-ho-ho rum cake. I had an overwhelming response to the offer of the Old Rubby Rum cake recipe! These are the two that I use. The one from King Arthur Flour is a from-scratch recipe; the other one is made from a mix. They’re both great. I usually double the recipe as those damned ‘just a sliver’ people end up wanting thirds and fourths. Doubling the recipe will call for a total of two cups of rum. I’ve included a quick video clip of me pouring the rum syrup over my Old Rubby Cake. The trick with this cake is that you have to let all that syrup settle overnight before you invert the cake. Remember: baking is science and you can’t go wrong if you follow the recipe.

Click here for the recipes (and send me a photo of how yours turns out!)

LOVE TO ENTERTAIN FRIENDS AND FAMILY, OR IS IT A CHORE? WHAT ARE YOUR TIPS FOR MAKING THE EVENT MANAGEABLE?

All aboard the North Pole Express!

The Bookless Club has partnered with the West Coast Railway Association for this fantastic Christmas giveaway.  The train departs from the Railway Museum in Squamish. Visit wcra.org for more information about this fabulous package.

Register for my newsletter to receive further instructions for a chance to win this unique railcar experience for 15!

What are/were your childhood holiday traditions?

My mother shared with my two brothers and I, the comforting, delicious and fun tradition of Christmas baking each year.  Starting with fruit cake, mincemeat tarts, shortbread and finally, the highly anticipated iced Christmas sugar cookies. This fun tradition always included a careful review of the seasonal cookie cutters; the bell, star, Christmas tree and most coveted – the old fashioned Santa Claus. The butter icing was divided into small bowls which we carefully coloured with drops of red, green and blue leaving a bit of white for Santa’s suit, hat and beard.  Toppings of tiny silver balls, coloured trimettes and sparkles in plastic tubes were all part of the allure. Afterwards, my wily mother had the daunting task of hiding the large square cookie tin.   The locations changed each year and were always surprising including; behind the dog food bag, beneath the kindling in the living room fireplace and, the most ingenious, beneath my older brother’s bed. Hilariously, and not surprisingly, this location was NEVER discovered by any of us.  This annual baking tradition lives on to this day in the shared laughter and memory of the hidden cookie treasure trove in the least likely location!

As a youngster growing up in South Vancouver in the mid 60’s I have many great Christmas memories, the first being a Saturday morning Christmas Santa parade on Fraser St. running from 57th to 41st with Santa and his sleigh float being bigger than life.  The next was a visit with Santa at the Woodward’s Oakridge outdoor mall where you not only had a visit with Santa with candy canes and treats, but there was an outdoor area where they had real reindeer with Christmas bells and hay bales. My Dad worked with CN Rail and they always put on a Saturday morning Christmas party at the old cruise ship terminal at the foot of Main St. with wrapped presents for all.  For the past 20 years we’ve taken our family to the Stanley Park Christmas Train. And for the past 30 years, I’ve spent three days decorating the outside of my house with Christmas decorations.

When I was around ten years old my parents started a tradition for my three brothers and I on Christmas Eve. They would set up a card table down stairs in the family room and festoon it with all sorts of tasty stuff for the four of us to nosh on. There was sausage, pickles, cheeses, crackers, olives, nuts and an array of traditional treats like shortbread and chocolates. It was a special time that brought my brothers and I closer together while we lived very independent lives the rest of the year. It was such a fond memory I resurrected the tradition a number of years ago to share with my closest companion.

We make it a point to go for a walk on the seawall every Christmas Day and on Boxing Day, as well.  My brother’s family goes to the movies every Christmas afternoon.  His wife uses the time to get the meal on the table and everyone who goes to the movie is responsible for all the post-dinner clean up!  She says she also uses their absence to sneak in a well-deserved nap!