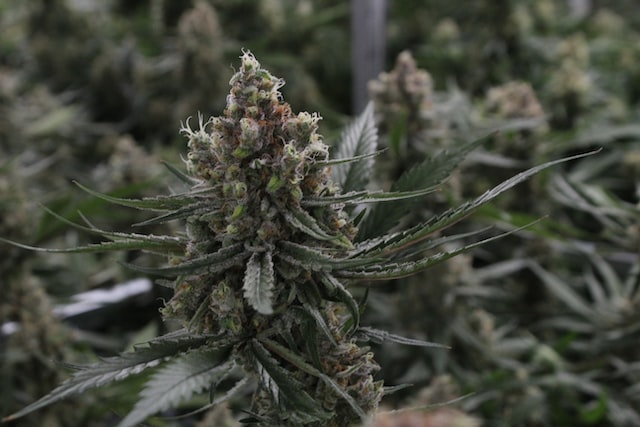 Lots of things are bad for you.

It’s good, however, to understand the downside.

Lots of things are bad for you.

On Monday, it’ll be four years since Canada became the world’s second country to legalize marijuana. The good news is the world hasn’t fallen apart as a result. The not-so-good news is that it looks like there are more complications than we anticipated. Cannabis associated health impacts are making themselves evident and they’re not the impacts that we were most closely monitoring.

Vancouver vascular surgeon, Dr. Jonathan Misskey is a guy you’d be happy to have a beer with.  He’s a young father of twin girls and a good representation of the cohort of Canadians who most wanted cannabis laws to change. But Dr. Misskey doesn’t like pot. He isn’t, however, morally or philosophically opposed to smoking marijuana. He’s medically opposed to it. He says that there’s just too much we don’t know yet.  According to Dr. Misskey, if you’re regularly using cannabis, you’re part of a big experiment. And as for smoking marijuana, “Inhaling something that’s on fire, is just not good for you”.

His best advice? “Pick another vice”.

Misskey notes that medical fields are just as prone to vogues as any other field. It wasn’t so long ago that laudanum, an opium tincture, was sold without prescription to quell pain and coughs in adults, as well as children. It proved to be wildly addictive.

Dr. Misskey’s scope of interest is confined to what he sees when he takes a scalpel to a body. He’s not measuring whether or not cannabis affects your GPA.  But he does know when he’s got a ‘wake and bake’ patient on the table – someone who reaches for a joint first thing each morning.

“When you open a blood vessel, you can tell what a person’s lifestyle choices are. Your own choices matter.”

Dr. Misskey says he noticed some changes when cannabis became destigmatized and more available a few years ago.

“I noticed that the majority of pathology that we were starting to see was related to blood clots.’  Clots generally affect the larger blood vessels – the aorta, iliac artery, femoral artery – but he was now beginning to see limbs threatened as clots cropped up in veins. Their presence was almost always associated with very heavy marijuana use.  He suspects that marijuana smoke is contributing to the build up of ROS – reactive oxygen species – free radicals that may cause cell death … hence, the clots.

There are plenty of scholarly journals that support Dr. Misskey’s concerns. Reports in publications ranging from The National Library of Medicine to the British Medical Journal, are indicating that THC appears to play a role in underdiagnosed causes of peripheral vascular disease in young patients.

We still don’t have a wealth of scholarship on the far-ranging physiological and pathological effects of cannabis on the body as studies have mostly focussed on the psychoactive effects. We’re still waiting on the findings from the five year, $10 million dollar Mental Health Commission of Canada investigation into the impacts of cannabis in a legalized environment.  A comprehensive understanding of the pathological effects may take decades.

The dearth of research into the study of cannabis is due to the fact that, until recently, pot was illegal. The University of Mississippi held a monopoly on cannabis research for over half a century as cannabis is still illegal at the federal level in the USA. Canada had a patchwork of academic inquiries for the same reason. These restrictions have severely hindered achieving a better understanding of the risks and benefits of THC and CBD, the active compounds within marijuana.

So, if you’re thinking about another vice, consider margaritas.

If nothing else, scurvy won’t be a problem.

HAS THERE BEEN A NET BENEFIT AND/OR NET LOSS DUE TO THE LEGALIZATION OF CANNABIS?

Do you get creative with this holiday meal or cleave to time-tested standards?

Thanksgiving for all of my 71 years was the traditional turkey dinner, with family gathered around the table of my childhood with Dad at the head until 1995. Mom then held that honour for all the holiday meals until five months ago. Knowing Thanksgiving without her this year would be difficult, we strayed from tradition. We had A&W burgers, fries, and root beer floats outside, with pumpkin and apple pies for dessert. A bit of old mixed with the new felt just right for the occasion. Pumpkin pie anchored me to past family Thanksgiving dinners as I adapted to my changing reality.

I am a creative person food-wise and love to try new ways to make fresh local produce shine.  My family is adventurous too, BUT there is one thing my kids won’t budge on and that’s Grandma Denise’s stuffing. This stuffing is the plainest dish that ever graced a Thanksgiving table: bread, salt and pepper, with a sprinkle of dried onions. That’s it. My husband hates it but the kids (and me) love it. In fairness to my hubby who slaves away cleaning all the dishes we use to prepare and serve the meal, I have started to quietly upgrade the stuffing and hope the kids don’t notice. First year, I added chicken stock instead of water to moisten the bread. Last year, sautéed fresh onions, and this year I hope to sneak in some sweated celery beside the onions. I hope within five years we will have a family favourite stuffing that is festooned with herbs and fall fruit!   It will be interesting to see when the light goes on that something’s up with the stuffing!

My dad makes a secretly simple dish that is his signature dish each holiday.  Instead of regular mashed russet potatoes, he mashes sweet potatoes and sneaks a banana or two into the mash.  It adds something that you just can’t put your finger on and he beams thinking he’s a master chef with trade secrets.

My little brother loved cranberries – raw cranberries. Always a weirdo, that one. Anyway, my mom started putting some fresh cranberries on his dinner plate and that morphed into a bowl of berries on the table. Years later, they’re now just part of the usual table setting for Thanksgiving and Christmas dinner.

Tried your brussels sprouts through the mandoline tip. It was a hit!  One sprout goes a long way when you shred it!  We kept it simple and just used salt and pepper on the dish and everyone liked it. My sister thinks the shredded sprouts will make up into interesting latkes.  We’ll see!