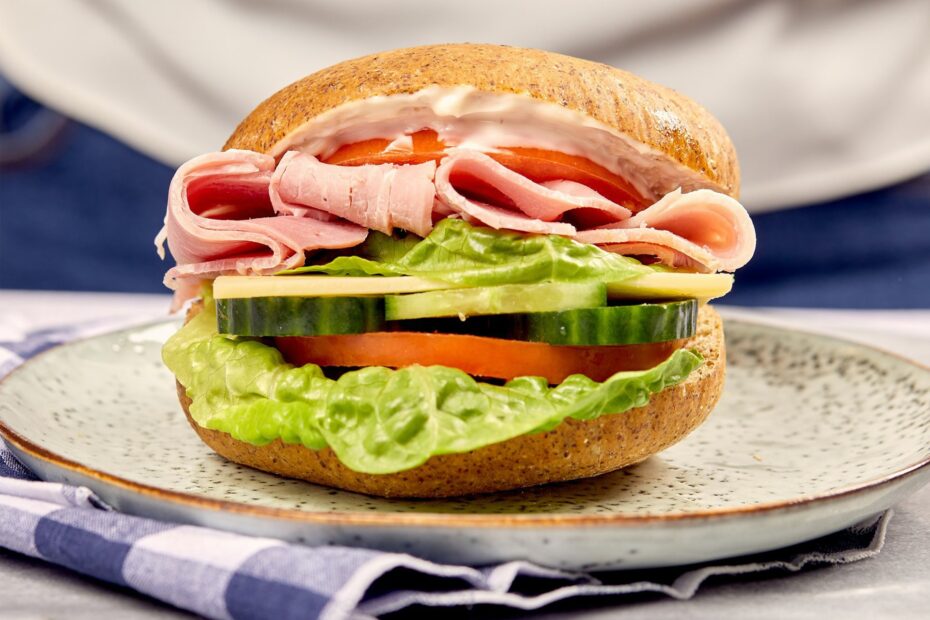 I just drove 250 kilometres for salami of the gods in Seattle. A lamb and gorgonzola sandwich. Was it worth it?

Have you heard of Salumi in Seattle? Maybe not. But maybe you know the name: Batali. As in Armandino Batali.

Not the Batali you were thinking of, but still one of those Batalis. Armandino is Mario’s dad. And it seems both the vine and the root bear fruit in this family.

The family has been selling food to the Pacific Northwest for three generations now. Maternal grandfather Angelo Merlino was selling pasta and more at the turn of the last century, opening the first Italian food store in Seattle in 1903. His son, Armandino, took the long way round to the kitchen, spending 31 years as an engineer at Boeing. When that career ran its course, the Batalis embarked on what he calls “a retirement dream.” One hundred years later and one block away from his grandfather’s original location, Armandino Batali, along with his wife, Marilyn, opened Salumi Artisan Cured Meats.

It’s a mere slice of a store front. Non-descript except for its mustard yellow paint job, it’s tucked away on a barren strip of downtown real estate. In fact, the best way to find it is to look for the lineup. That’s what the Seattle cop told us when 3rd Avenue meandered off course and we got lost. A slow smile spread across his broad face as he pointed the way, and I had the distinct impression that we should fist bump.

Apparently everybody cooks in that family, and they reserve extreme unction for the curing of meat. It’s all made on the premises according to age-old recipes, but Salumi has the “advantage of space-age materials” not available to previous generations of salumists. Every once in a while they get playful and factor something novel into the mix, like curry or chocolate cinnamon mole.

If Salumi were in Vancouver, you’d be forgiven for thinking it was a needle exchange, as the queue has a degree of agitation.

My pal, being certifiably weird about food, had called ahead and begged them to reserve a sandwich for him. He spoke with Brian D’Amato, who along with his wife, Gina — Marilyn and Armandino’s daughter — run Salumi. Brian took pity on us … but only because we were driving in from another country and that my friend’s unusual name was the same unusual name as someone who worked at Salumi. I’m sorry, I can’t reveal this Rumplestiltskin-trick to help you line crash, but it worked for us. Each sandwich is made freshly and right before you; but there’s only so much of each variety to go around. The early bird gets the culatello.

Hosannas all round as the object of my friend’s affection had, indeed — with the exception of his reserved sandwich — sold outbefore we got up to order. We drove all this way so he could have a meatball sandwich.

We sat a communal table that seated maybe a dozen, at best. There were a few other tables, mostly deuces. Early Rec Room best describes the decor: some awards and trophies, kids’ artwork taped to the walls, a few novelty items, mostly pig figurines.

Expect a self-serve bottle of red wine on the table when you get there. There’ll be a tag hung around its neck declaring glasses at $5.50 each. I’m guessing service works on the honour system, though not much escapes the attention of the battalion of Batalis working the room.

The entire time you’re there, the line won’t stop. Salumi is a gold mine, doing McDonald’s-like trade while adhering to an ethos “dedicated to preserving and promoting the handmade food traditions of Italy and the Mediterranean.”

Due to the brisk business at the order table, Salumi is a boisterous place. Eat-in and take-out customers mill around at the conclusion of the line. Squeeze in at the communal table and you’ll hear of other people’s pilgrimages. You also get to eye their sandwiches and compare notes.

Are you a fan of the increasingly popular restaurant convention of the communal table? They seem to proliferate in opposition to the community degradation associated with electronic social media.

Even five-star eateries are going kibbutz in the dining room: Yew at the Four Seasons Vancouver has a slab maple communal table that seats 14. I, for one, don’t feel like I’m at an ad hoc dinner party when I look down the expanse of flatware and place settings.

Instead, I see troughs at industrial feedlots and a lot of happenstance eavesdropping. There’s something about cheek-by-jowl seating that makes me want to loudly remark things like:

“So, just how far along are you in this gender reassignment procedure?” or, “Have you decided what you’re getting Beyoncé and Jay-Z as a baby gift?” Personally, I want enough elbow room at my table to be conspiratorial.

We left Salumi with a butcher’s apron, a salami and no small amount of joy.

Bold and bumptious, cured meats are the antidote to a steady diet of skinless, boneless chicken.

Seattle is one of the small breaks Vancouverites often make in the course of a year. It’s nice to have another destination beyond the Experience Music Project or Pilchuck.

In the past year, I’ve become fixated on making foods I usually buy. This Christmas, I made my own charcuterie. It’s beyond easy; you could get toddlers to manufacture it! Admittedly, Mr. Batali produces a superior product to mine, but my housemade duck proscuitto rivals store bought.

Pull up a chair. I’m going to tell you how it’s done.

You’ll need kosher, non-iodized salt, enough to completely pack a duck breast in. Let that sit overnight in the fridge. Rinse and dry the breast. Rub it with white pepper. Next, you’re going to hang it. Wrap it in a tea towel, then ignore it — but ignore it in a cool, dry place, like a coat closet — for about a week. Ta-da! For the price of a few hundred grams of charcuterie, you have delectable duck prosciutto.

It’s a long drive to Salumi, so I’m attempting a couple of varieties of charcuterie here at home. In fact, I’m running out of hanging space. If you bump into me on the street, try not to comment that my coat smells like pancetta.

Register for my newsletter to automatically be entered for upcoming draws!