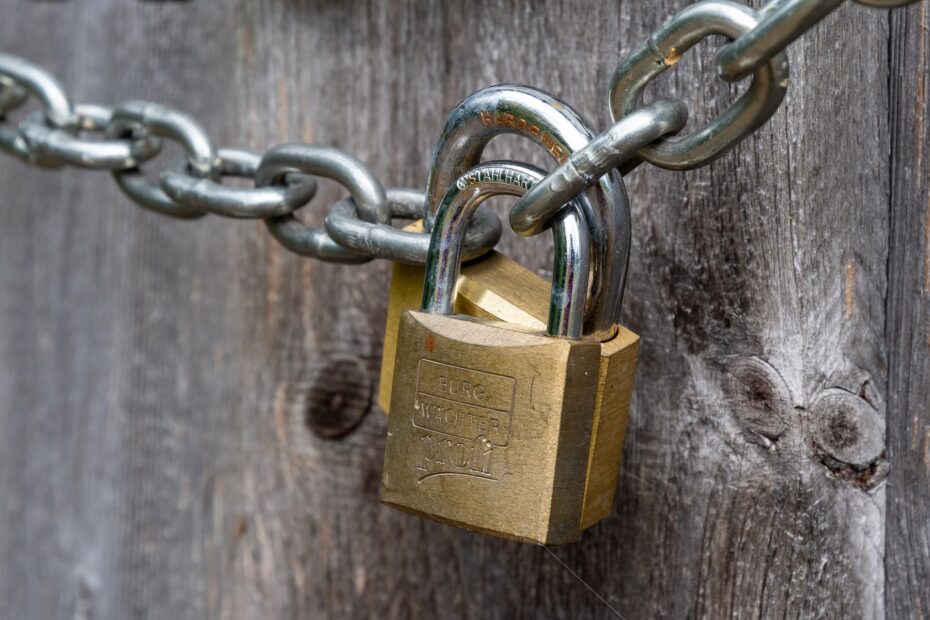 An ode to the codes, passwords and secrets that keep the world running.

There, inscribed on the inside of an old notebook, was the code.

Early in their lives, I had drummed this word into my kids’ malleable little heads.

Various relatives knew this word was the trigger to spring various locks.

It was a code word. Ours, and ours alone. Upon hearing it, my children would turn compliant and happily get into the vehicles of anyone who showed up to collect them.

It was a code word. Ours, and ours alone.

On a dark and stormy night, a pirate with an eye patch and a sidearm would be cordially invited in upon uttering the word.

If there was an alphabetic combination required, these five letters were it. The word was … pssssst … Daisy.

Daisy was the name of a family pet.

It was our secret code.

Let me take your coat.

I’ve had a few codes in my life, and now I have a crossword puzzle’s worth of personal identity numbers and email addresses and passwords. With wearying regularity, I reset many of them. More than one irate clerk has looked heaven-ward as I punched in various near misses into the handheld keypad at a checkout.  Three attempts seems a bit … paltry. Perhaps keypads could take a cue from game shows and offer a “care to phone a friend” lifeline? Clearly, credit-card companies don’t care about debt, so why not introduce a sporting element to the transaction?

Clearly, credit-card companies don’t care about debt, so why not introduce a sporting element to the transaction?

So I got to thinking about codes. Had technology eliminated codes? My daughter is waitressing — don’t worry: as a recent undergraduate degree holder, she is entirely qualified to discuss American history while doing so — but, as she communicates with “the line” (a.k.a. the kitchen) via computer only, she will never acquire fluency in diner lingo. Ordering: “Adam and Eve on a raft; easy on the axle grease.” Translation: Two poached eggs on toast, scant use of butter. At lunch counters in dustier corners of the United States, I’ve had the joy of witnessing this dying patois played out, likely for the amusement of people just like me.
(They call us “campers,” people who linger too long at a table.)

Lesley Stowe looks eternally collegiate despite being a heavy hitter in the foodie world. Lesley produces those wonderful couture crackers, Raincoast Crisps, at her Richmond, B.C., factory. I had dinner with her a short while ago and some of her Rockwellian charm was dimmed. Two days earlier, by utter fluke, Lesley had missed a flight out of YVR (code). A Beechcraft King Air 100 had crashed, killing the pilot and hospitalizing virtually all passengers. She had got the news via radio while driving over the Oak Street Bridge. As the flight was filled with colleagues of hers, Lesley went immediately to the hospital. In the gasping disbelief that followed, she found herself navigating hospital privacy policies as she and other friends and family sought information. Throughout it all, there was a persistent announcement: Code Orange. Code Orange.

Whatever it was, Code Orange wasn’t a medical equivalent to “At ease, soldier.” Upon inquiry with medical practitioners and the Coastal Health Authority, I learned that Code Orange indicates that there is going to be a crush of incoming. It’s a sort of hospitalese for All Hands on Deck.

If you watch any TV, you know hospitals use lots of codes. Code Blue is well known from hospital dramas as a cardiac arrest situation. Code Red means, you guessed it, fire. DNR stands for Do Not Resuscitate, although that is under review to be rebranded as the more benign AND, Allow Natural Death. There is a vague uniformity to these codes, but none of them are universal. The notion of codes is so ingrained, however, that medical personnel refer to many serious medical traumas simply as “coding,” as in “the patient was coding.” You may recognize this noun/verb slippage to what has happened at the Olympics: successful participants “medal.”

The military has codes galore. During the Second World War, general Dwight Eisenhower was referred to via the inelegant and more-than-a-bit mysterious moniker of Duckpin. The atomic bomb test at the Bikini Atoll in the Marshall Islands had the bland handle of Crossroads.

The atomic bomb test at the Bikini Atoll in the Marshall Islands had the bland handle of Crossroads.

A friend’s brother-in-law is a U.S. congressman. He can dial a certain number, give a certain code word, and a helicopter will swoop in to pick him up. It has to be for a dire emergency, however, and not just to get an aerial view of July 4th fireworks. Far be it from a congressman to misuse public funds, I’m sure.

“Mrs. Johnson” had ready access to the White House as mistress to president Franklin Delano Roosevelt. I’m sure the president didn’t call Lucy Mercer Mrs. Johnson, but the Secret Service did. I imagine Eleanor Roosevelt had her own pet name for Lucy, who was, by the way, her former social secretary.

Fresh out of university, I was a flight attendant for less than one year. Why airlines are so sticky about departure times, I’ll never know, but I digress. I can tell you this now: We had an internal code to use if the safety of the plane was threatened by hijackers or terrorists. It was a woman’s name. If your name was Noni, you were never going to be hired by a Canadian airline. It would be equivalent to a Bernice Madoff filling in applications at an investment house.

It would be equivalent to a Bernice Madoff filling in applications at an investment house.

I just got off the phone with a career pilot of long haul, jumbo, commercial planes. We talked about how his life changed since 9/11. In an era of air marshals, no-fly lists, titanium and steel-reinforced flight deck doors that have a Mossadian labrinyth of features to keep nuts at bay, the airlines still rely on a secret code word. He said if he told me the word he’d have to kill me.

Then he told me the word.

But that’s OK: I didn’t tell him about Daisy, so the kids won’t let him in the house.