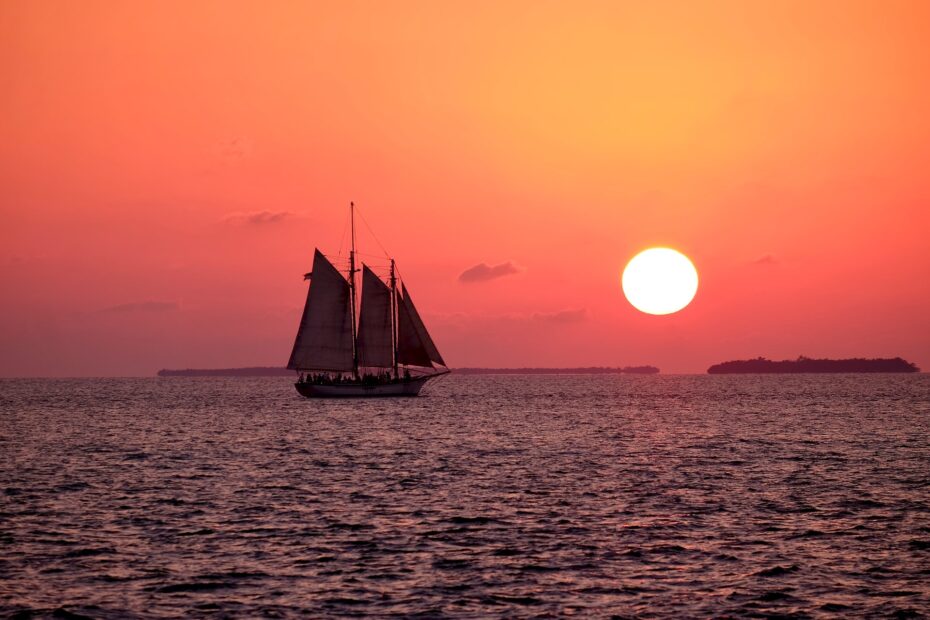 There’s lots to read when you’re kayaking in a harbour.

In fact, it sometimes feels like I’m back at university, idling in the library stacks.

Everywhere you look, water and words. Strong words, archaic words, mysterious words: all of them spelled out in gorgeous script or precise capital letters, emblazoned on boats of all descriptions.

I find myself playing various word games as I paddle around local marinas.

Word associations, etymologies, puns; it’s surprising how entertaining it all is, not to mention a welcome relief from relentless paddling. Coming across a boat with a puzzling name will have me digging out my cell phone to google the mystery behind it

The Halcyon catches my attention. Resting the paddle across the kayak, I scroll through the information about the word halcyon.  Overhead seagulls squeal while the water bobs my beat up, old kayak.

The ancient Greeks claimed that, during the winter solstice, the kingfisher bird could charm both the waves and the wind, allowing it to lay its eggs in a nest floating on the sea. The word ‘halcyon’ speaks of a time of peace and happiness and the term ‘halcyon days’ describes this idyllic 14 days period.

It is, I decide, a perfect name for a boat. But there’s more.

The pharmaceutical industry also decided it was a perfect name and named a drug – halcion – after this legendary calm. That the drug is a tranquilizer will come as no surprise.

I tuck my phone away and resume paddling, pondering the idea of tranquility as represented by doctor’s prescription pads, floating bird nests, or pleasure craft.  On this beautiful day I feel like the mythological kingfisher in her nest on a glass sea.  My breathing takes the rhythm of the imperceptible swells beneath me.  Halcyon days, indeed.

It would appear that people put a great deal of effort into coming up with just the right name for their boats, no matter the size. There must be something about salt water that makes people favour puns. Truant Sea, Partner Ship, Luna Sea, and oh-so many more can be found in any moorage.  Risque double entendres tend to be confined to smaller vessels and, unlike licence plates, it appears there are no restrictions. I haven’t seen one in years, but it’s said that, at some point, every moorage has harboured a runabout christened, Mom’s Mink. Another favourite along the same lines is, Kids’ Inheritance. Cornier still? The Office.

Some names show real ingenuity.  A friend chimed in on this topic saying he saw a fellow minus his right arm navigating a small boat into harbour. He was contemplating the difficulties this sailor would have until he noticed the name on the stern of the boat: One Left.

When it comes to gigayachts, however, the names tend to be single words. When you’re over the 400 foot mark, expect names like Octopus, Savarona, Serene, or Azzam. It’s a bit of a shame as there’s so much room for creativity. My vote? The M.V. Because I Can.

Now, if you were to find yourself with a boat and you wanted to change the name of that boat, you’d best proceed under caution. Maritime lore is rife with dire warnings on how to effect this change. To begin with, you have to remove every trace of the previous name on and in the boat.  All this has to be done before you bring anything on board with the new name or before you even say the name out loud. Thursday is Thor’s Day – god of thunder and storms – so don’t schedule your christening for a Thursday. Friday is also considered unlucky. The Coast Guard will wait until Saturday rather than risk christening a new vessel on a Friday. Despite what you’ve seen in the movies, it’s almost impossible to smash a bottle of champagne on a bow. For about $20 you can get a pre-scored christening bottle that’s housed in a net to contain the broken glass.

My kayak doesn’t have a name.
Panacea has a nice ring to it, doesn’t it?
But what about Pana-Sea-A?!

CARS, CABINS, BOATS: DO YOURS HAVE NAMES? HOW DID YOU DECIDE ON THOSE NAMES?

What is your go-to flavour when you get two scoops? Ever made ice cream at home? Any ice cream stories to share?

Chocolate over vanilla every time. Lately though, Salted Caramel has been my go to at home, and if there is Blood Orange gelato on the menu when I am out, I will never say no.  But chocolate mint? Who could possibly do that to the chocolate? Yikes!

My ice cream choices over the past few years never fail to generate raised eyebrows, chuckles, or both, especially from my wife. Forget chocolate or vanilla (although if those were the only choices, I’d go for vanilla). My favourite two scoops on a waffle cone would be cotton candy on the bottom and bubble gum or birthday cake on top.

On a cycling trip in the Charente region of France – famous for brandy, and specifically Cognac – we invited our B & B hosts out for a meal and they chose a rather fine restaurant!  The dessert I ordered was vanilla ice cream which came with a small antique leather-coated pitcher which the server explained to me I was to pour over the ice cream, a little at a time, as I ate it.  The coldness of the ice cream and the slight burning taste of the brandy – a match made in heaven!

I grew up in Southern Alberta where winters could be bitterly cold.  Ice cream wasn’t even in our dreams, but once a year we borrowed our neighbour’s manual ice cream maker. The rich custard was made using our own cream and after chopping up ice, my brothers cranked the ice cream maker, and the magic happened. Years later I bought an electric ice cream maker, and added fresh local strawberries to the custard.  I was proud to treat our dinner guests to my homemade ice cream until someone quipped, “Don’t you know you can buy ice cream?”

When I was a kid, on a prairie ‘mixed farm’, we had an old fashioned ice cream maker- a wooden bucket with a metal container inside for cream, and a handle you turned. The outer part was filled with ice and rock salt to bring the temperature below freezing. For some reason my brother stuck his finger in a drainage hole in the side and couldn’t get it out. The finger was freezing. So my Dad took a hatchet and broke the bucket apart to free his finger. Before that we had delicious handmade ice cream from our own cows.😩

I am not a huge dessert or ice cream lover but there are two things I can’t say no to. One is a bowl of mint chocolate chip ice cream, it reminds me of an After Eight chocolate.  The other is a strawberry milkshake from Chick-Fil-A in the US; for all their Trump support and political incorrectness, they still make the best strawberry milkshake in the world. I challenge anyone to find a better one.

My go to flavour when I get two scoops is coconut.  I’ve never made ice cream at home for the fear that I will end up eating all of it by myself. Growing up in a small town one of my favourite memories is waiting for the ice cream vendor to come by my house every day after school.  Fresh cow milk was scarce in my hometown , so the ice cream was made from fresh coconut cream, and his coconut ice cream is still the best I have ever had!

19 thoughts on “THE GOOD SHIP WHAT’SERNAME”