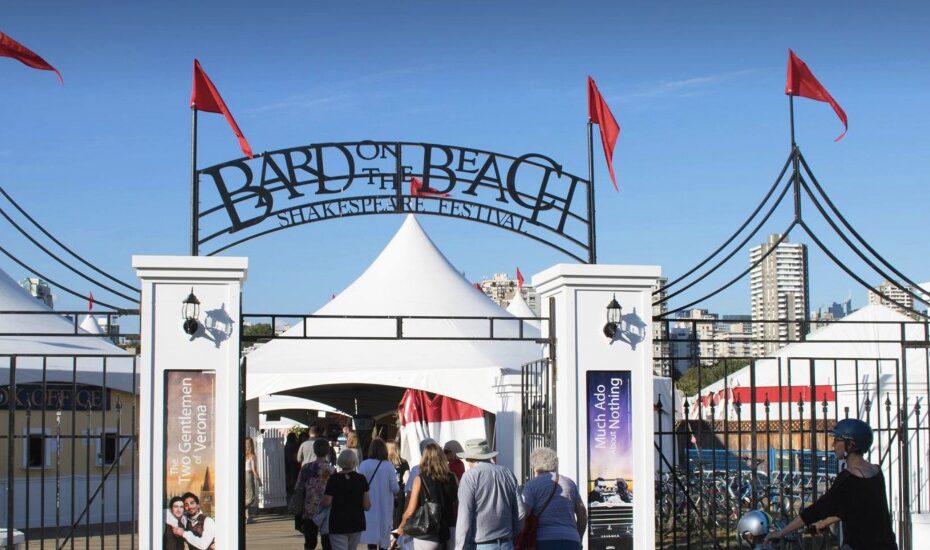 I sat in the stands under the big red and white tent that’s been part of the Vancouver summer landscape since 1990. Unfurling before me was over two and half hours of Shakespeare’s, A Midsummer Night’s Dream. It was everything I’ve come to expect from Bard on the Beach. The costumes were inventive, the staging was terrific and the acting was world class. Heck, even the gift shop merchandise was charming!

But that’s not what I was thinking about. I was marveling at how anyone manages to memorize that much dialogue. How do you shoehorn all those words into your head and then spout them, engagingly, entertainingly and, I suspect, flawlessly?  How do you do that?!

That’s not entirely true. I can, to this day, recite all of my high school friends’ phone numbers.  If I met you at any time following the introduction of the cell phone, I most certainly don’t know your phone number. If I lose my cell phone’s Contact List, our relationship will be consigned to the dustbin.  The stuff I had racked and ready in my brain is now completely outsourced.

I’m pretty sure that my memory has suffered as a consequence.

I’m pretty sure that, at this juncture in life, I could probably plan my own surprise party and be sincerely surprised.

How do those Bard on the Beach actors stand and deliver reams of text?

On the night I attended Midsummer Night’s Dream, the role of Bottom was played by Joey Lesperance and he was killing it.  He owned the material and never faltered. What’s more, he seemed to be genuinely enjoying himself. So I asked Joey how he managed to memorize all that script.

It turns out, the more you do it, the easier it gets.  Damn you Contact List, but memory is a muscle and my memory is now a couch potato.

So, here’s how Joey does it.

Joey reads the play in its entirety about ten or fifteen times.

Before rehearsals even begin, Joey reads the play in its entirety about ten or fifteen times. He makes no attempt to memorize the script, only to get the broad strokes of all the characters and the plot. He then breaks down the script as it relates to his part. From there, he breaks down scenes to paragraphs. It’s only after this work is done that he starts to memorize his lines. In order to make the information stick, he physicalizes the lines, adding in appropriate expressions.

It’s at this point – especially if he feels it’s a well written script – that the role starts to take up residence in his brain.  What Joey calls “the art of the character” provides clearer indications which facilitate memorization.

And this isn’t rehearsal, this is in preparation for rehearsal. Formal rehearsals start about a month prior to opening night. The objective is to rehearse ‘off book’, meaning to have the script etched in stone in your head. At this point, the actors are moved around the stage, getting the rhythm of the staging, pairing their role with another actor’s role. It’s a delicate construct.  Blocking – where everyone is supposed to stand – is critical to memory.  According to Joey, “If a fellow actor isn’t in the right place, that can really shake you up.”

So, can Joey Lespérance recite Shakespeare at the drop of a hat?  Surprisingly, no!

As much as it gets easier to memorize lines the more he does it – and he’s been doing it for 30 years –  once the production is finished, ‘“the memory of the script vanishes. I’m not attached to it and I make room for new material”.

It’s exactly that way with me and phone numbers.

DO YOU HAVE TRICKS FOR REMEMBERING THINGS? WHAT’S YOUR MEMORY LIKE THESE DAYS?

Register for The Plain Jane newsletter to enter the ice cream contest.

Has someone taken advantage of you or ripped you off? How did you become aware of the deceit?

My grandfather owned a gas station in a small town. The family lived in a house next door. One night, during the depression, my grandfather was awakened by the sound of someone smashing something on the railroad tracks behind the house. He confronted the man, who was trying to open the garage cash box. He asked the man why he had stolen it, and the man replied that he had lost his job and could not feed his family. Rather than call the police, my grandfather gave him a job at the gas station.

We purchased a new car a few years ago, and from the beginning there was a problem which kept showing up. I  would mention this to the service department when having the car serviced, but they claimed they could find nothing amiss. This went on for a couple of years, with me insisting that they correct the issue when I had the car in for servicing. Finally, when the car was in the shop, the service department came to the waiting area, and said my car was ready. She also informed me that they had found the problem, but, unfortunately my warranty had just expired!! After I had a good laugh, we began negotiating on who would pay what!!

I had a financial planner/stockbroker who, when I said I was moving my account, ‘churned’ it thereby generating a windfall of fees for himself at my expense and with no benefit to me.  There should be more accountability and transparency in that industry.

Many years ago, I read of this incident which took place in the up-scale district of Shaughnessy in Vancouver. Men with a large, unmarked truck, openly started to remove precious carpets from a luxurious, old home. The next door neighbours questioned the carpet removers, who explained that the homeowner had employed them to remove, dry-clean and replace the carpets prior to the owner’s return from holiday. The neighbours asked the service men whether they would take and clean their carpets too. “Certainly”, they replied.

The carpets and removers were never seen again!

Many years ago  my wife and I both worked afternoon shifts. We had bought a large meat order. We had a young woman babysitting our baby daughter. We noticed the meat slowly disappearing, however we had not been eating the meat. We got a call from the babysitter asking if we could drop our daughter off that particular night because they were having a barbecue.  When we got there,  we realized that it was our meat being barbecued!  We started looking around and noticed our daughter’s piggy bank had been raided.  That’s when we found a new babysitter.