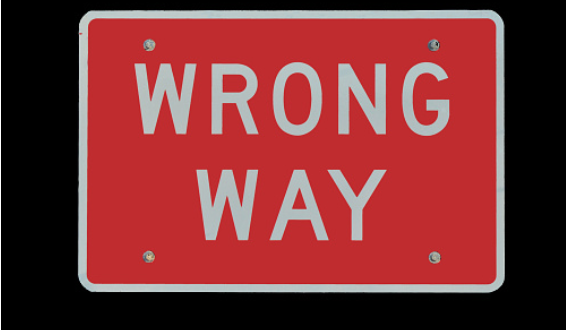 We never had this conversation. Ask me about this in the years to come, I’ll deny it. I’ll squinch up my nose, cock my head and say, “Wherever did you get that idea?!” “That oh-so never happened”, I’ll swear.

Cringeworthy moments. They’re unavoidable and they sure take up a lot of real estate in your head. Me? I’ve had a million of ‘em. I’m pretty sure you have, too. They range from enthusiastically waving back at someone who wasn’t waving at you to uttering the wrong name in your wedding vows. These are the withering moments in your life where every sphincter you have is tested. Moments simultaneously frigid and fiery. In sleepless nights, they are your constant companions.

… I’m going to lay my head on the grimace block.

To make you feel a little bit better about your cringeworthy moments, I’m going to lay my head on the grimace block. It was one of the most cringeworthy moments of my life. If there is a Degree of Wince scale, this one is a ten. Even now I shudder just thinking about it. I’m going to tell you because, well, I have a deadline plus I’m eager to hear what you have that can top this.

Now, this is a sad story. And that makes it all the worse. Please don’t think I’m cavalier in retelling it. As George Bernard Shaw said: Life does not cease to be funny when people die any more than it ceases to be serious when people laugh.

I’ve never been at someone’s death bed before.

I’m at the hospital. A family friend has a terminal illness. He is dying. His death is not unexpected given his age, but he’s a dear friend so we’re all there at his bedside. I’m young, maybe 17.  I’ve never been at someone’s death bed before. In fact, my exposure to hospitals is limited to TV medical dramas and nobody dies on TV medical dramas. The whole scene doesn’t seem real.

The friend beckons me to draw nearer so he can say something to me. I come up alongside the bed. He’s very weak. Whatever it is he’s saying, I can’t hear.  I come closer.

He repeats himself.  Still, it’s so faint that I can’t make out the words.  I draw closer still, crouching down in effort to catch what it is he’s trying to communicate to me at this critical moment. I can make out vaporous whispers but no sense of what it is he’s trying so urgently to convey.  Finally, I bring my ear right up close to his mouth, leaning ever so slightly on his chest to do so.

I draw back quickly in embarrassed alarm. There’s so little force in his voice that I wonder if anyone else has heard him. I hope not.

The exchange depletes him further.

I flinch away from the bed in a sheepish befuddlement. A nurse comes alongside and takes his vitals. His wife is on the other side of the bed. The end is nigh. We kids are ushered out of the room. He dies within the hour.

As if I’m in a Woody Allen movie or an episode of Seinfeld,

As if I’m in a Woody Allen movie or an episode of Seinfeld, I replay my gaffe over and over again in my head. My curiosity isn’t about what it is he’d been trying to say to me as the angel of death flipped through magazines above his bed. No, all I can think about is that line: “Get off of my chest”.  Like that cartoon where the person with the camera keeps telling someone to back up, back up, back up for the perfect shot and then – oops! – they fall off the cliff. That’s me. I’m the person with the camera.

Now, before you fill up my inbox with denunciations, bear in mind that I had elected to be at his bedside out of love and respect. I was simply endeavouring to make himself audible and understood.

Ahhh, but those are stories for other bottles of wine.

Now, we must never speak of this again. I break out in hives every time I revisit this story. Of my compendium of cringeworthy moments, this is the most stellar, my most cinematic.  Although, as I sit here thinking about it, that’s not entirely true. Ahhh, but those are stories for other bottles of wine.

QUESTION: Care to share a cringeworthy moment? If it’s so bad that you don’t want your name published – all the better!

CARE TO SHARE A CRINGEWORTHY MOMENT? IF IT’S SO BAD THAT YOU DON’T WANT YOUR NAME PUBLISHED – ALL THE BETTER!

Are you an early riser? Has this changed over your lifetime?

I’m an early riser, getting up between 4am and 4:30am.  I go for my street run and love to see the sun rise. I’m in love with the feeling that the streets and the city are all mine!  To see this renewal of the day is the most invigorating feeling.  My energy it’s my highest and I’ll attribute it to the early morning air and energy.  It’s my time that I share with nature.

Gloria loved The Bookless Club.  She read it faithfully, and enjoyed it each week.

She’d probably want to sound off on this.  She definitely wasn’t a morning person.  She never did mornings well, so, after she retired, she didn’t do them at all.  She seldom rose before 11 AM, and often, it was noon.  We stayed up until at least 1 AM, and often later.

I may be a morning person.  At least, I was until I met Gloria.  For the decade before I met her, I was regularly up at 6 AM.  These days, since I don’t seem to be able to sleep without her, I’m often up at 3 or 4 AM.  It was the same while she was still alive, but I was away teaching.  In whichever of the six continents I taught on, I couldn’t sleep when I was away from her.  Actually, it might have worked out well.  The tourist stuff is only open while I was teaching, so the only touristy type stuff I could do was walking around foreign cities at 4:30 AM.  (Scared the pants off the RCMP security detail at 24 Sussex …!)

When I turned 13 my father started waking me up at 5:00 AM every weekday to assist him and my older brothers in the family dairy business after which I would return home, have breakfast and go to school. Now, 60 years later I rise hours before my wife and enjoy a mindful cup of coffee by myself; no screens, no newspaper … just me, my coffee which I lovingly prepare in a french press, and the beauty of silence and contemplation. I find this time to be like a tonic; I meditate and feel a more peaceful resolve with which to begin the day. Thanks for this column; I enjoyed reading it, after my morning coffee of course.

Now in retirement I like to get up between 8.30 and 9.30, earlier in summer as it’s so bright.  I  was interested for years in why some people are morning people and some not. I used to ask people when the opportunity came up and my opinion is people born from 11.00 pm to 8 am are night and people born from 8am to 11.00 pm are morning people. I was born at 2.10 am and wanted to stay up late all my life – never enough sleep – and even at nearly 80 I want to stay up but my cats love routine and having their breakfast at 9 am.

I’m a lifelong early riser and can’t imagine any other way. (64 yrs)  I have no drapes and currently use vertical blinds that I leave mostly open. I love the sun at 4:30 am in the summer and feel claustrophobic in rooms where I can’t see out. I’m up at 5:30 or 6, usually without the alarm. Coffee, read the paper then a walk or exercise class and then breakfast and a bath and then off to work. (retail bookstore ) Weekends find me awake by 7.  Even in school I was up to practice piano at 6. And, at UBC, I was in the carpool by 7 to beat the traffic.

My babies were early risers too.  Much more day when I start early!