CHILDHOOD, THEN AND NOW 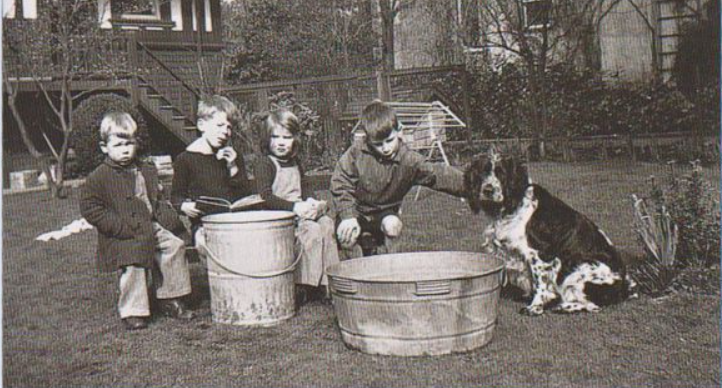 Do you do this?  Of course you do!  We all do. You only have to achieve the ripe, old age of 25 before you start framing the present within the lens of the past. Joni Mitchell said that something’s lost but something’s gained in living every day, but I fear that childhood isn’t experiencing any true gains. In fact, it seems the opposite to me. Has childhood changed since I was eating porridge at my parent’s breakfast table? Or is childhood immutable? Is it only the outward trappings that change?

It’s hard to know. Once you leave childhood, everything is viewed through the lens of experience. Of comparison.

I do know that how time is spent in childhood now is different than when I was a kid. I know I had greater liberties than kids today. Once our teeth were brushed, we were free to roam the neighborhood. We vanished into the parks, playgrounds, backyards and forests within walking distance. Our playmates were the random assortment that came with the neighbourhood – actual three dimensional creatures we were forced to co-exist with – not online avatars.  You had to learn to get along. You came to know which dogs to steer clear of and which ones to pet. You knew who could be counted on for a cookie and who would holler, ‘Get offa my lawn!’  I introduced my five year-old self to a lady I unfailingly addressed by her full name –  Mary Langley – who lived down the lane. I was a particularly feral child and she’d made the mistake of leaving her kitchen door open; her fault, really. Why she tolerated my daily incursions, I’ll never know. Her teenage son, Phil, thought I was a nuisance. Exploring their home, however, was my serious childhood anthropology … plus, there was the bonus of a homemade cookie. There was a bouquet of  vivid orange, paper-y Chinese Lantern blossoms in a vase in her living room. I never see this plant where I don’t think back to Mary Langley.

Our playmates were the random assortment that came with the neighbourhood not online avatars.

Hours were spent inventing games, observing wildlife, examining flora and fauna.  The discovery of a ring of amanita muscaria – the polka dotted red capped mushrooms favoured by fairytale illustrators – was conclusive proof that fairies were real.

The TV was only turned on for things like National Geographic specials. As I write that I can still hear the trumpet soundtrack announcing the start of the show; can you? On weekends, my dad played poker with us at the kitchen table. He called it 21 and it was meant to teach us math; a homegrown, beta version of today’s Kumon or Mathnasium classes.

I came across a quote from Michael Crichton in the back of Bob Ross’ book, The Cucumber Tree, about growing up in Vancouver in the 1940s. This neighbourhood tree – actually a type of  magnolia – served as the FaceBook, SnapChat, and Instagram of the neighbourhood’s children. It was the mustering point for each and every one of their expeditions. It’s branches could hold legions. How important was the cucumber tree? Bob convened a reunion of the old gang in the  tree back in 2001 and Pete McMartin did a story on it for The Vancouver Sun newspaper. (LINK?*) The Crichton quote  resonated with Bob and it does with me, too.  I’ll abbreviate it but here’s the gist:

“ … the natural world – our traditional source of direct insights – is disappearing.  Modern city-dwellers cannot even see the stars at night.  … It’s no wonder that people lose their bearing, that they lose track of who they really are, and what their lives are really about.”

Bob’s book is a charming excursion back to a time when no one had a house key because no one locked their doors; a time when crime was a rarity and drugs virtually non-existent. It was a time when you manufactured your own entertainment and a bicycle was a ticket to far-flung adventures. At night, the stars shone brightly overhead providing perspective on one’s patry significance in the grand scheme of things.

Bob’s childhood concludes with the decommissioning of the McCleery farm at the foot of Macdonald Street in 1954. It was sold to the City with the caveat that it would remain a park/golf course for perpetuity. It’s a fitting conclusion to a chapter in the history of Vancouver, a gentler time, and dare I say, a time we would wish back again for Vancouverites yet born.

All my copies of The Cucumber Tree have been swept away in a tidal wave of nostalgia.  They’re now all spoken for.  I do have, however, some copies of We’ll Cross That Bridge, the author’s book about his pandemic project to cross every bridge in the Lower Mainland. First come, first served. If you don’t hear back from me, you missed out. (More giveaways of other cool stuff planned so don’t despair.)

If you’d like a copy, register for my newsletter* then send me an email and I’ll arrange for a copy to be available for you.

*After you’ve registered check your junk/spam/promotions/inbox/trash folder for your confirmation email. Those that do not do this step will not be fully registered and unable to participate in this giveaway.

WHAT IS SOMETHING THAT YOU EXPERIENCED IN YOUR CHILDHOOD THAT KIDS OF TODAY ARE MISSING OUT ON? WHAT IN THE MODERN WORLD MIGHT YOUR CHILDHOOD HAVE BENEFITED FROM?

Is technology complicating your domestic life or improving it?

September 1st 1962 and our family had just moved to Quebec City from West Vancouver.We moved into the lower side of a 4-plex in Ste. Foy suburb until we could find a house to live in. My dad spoke French as a result of being sent to the (French) Catholic school in Duck Lake Saskatchewan, but my mother, brother and I knew absolutely no French other than ‘merci beaucoup’. I can only guess that the couple upstairs from us figured that out as we moved in. Later that afternoon, there was a knock at the back door. My mother opened the back door and found a homemade tourtiere pie sitting on the doorstep. Only as an adult did I begin to appreciate the kindness behind that gesture.

The upstairs neighbours who had left the savory pie became friends. My parents kept in touch with them regardless of where the two families were living. By the mid1970s we had moved back west. During a trip to Vancouver, our former neighbours came for dinner. I will always remember that dinner.

In 2010, we moved to a country where I didn’t speak the language or know the customs and I appreciated that gesture even more.

I’ll never forget the kind man who came up to me on the street and gave me his umbrella.   I didn’t have a coat and my shoes were all wrong for the weather.  I was soaking wet, through and through.  He had a rain coat and he simply came up and said, “You look like you need this more than me”.  What a prince!!!

I lived in an apartment building where no one spoke to anyone else. I lived there for four years and I rarely even saw anyone else.  It was a walk-up building so we only passed each other in the stairwells.  Maybe if we’d been stuck in elevators with each other we might have spoken. I don’t know.  I moved away to a new building.  In my first week there someone left flowers on my door mat welcoming me to the ‘floor’.  Someone else left a Post It note introducing themselves.  Funny the difference between the two places. I now try to be the first to say hello.  That’s what I learned.

When my dog, Chucky,  died, the people at the dog park all signed a card and dropped it off at my house. I didn’t think they even knew where I lived. It meant a lot to me.

13 thoughts on “CHILDHOOD, THEN AND NOW”