SHOES, ON OR OFF? 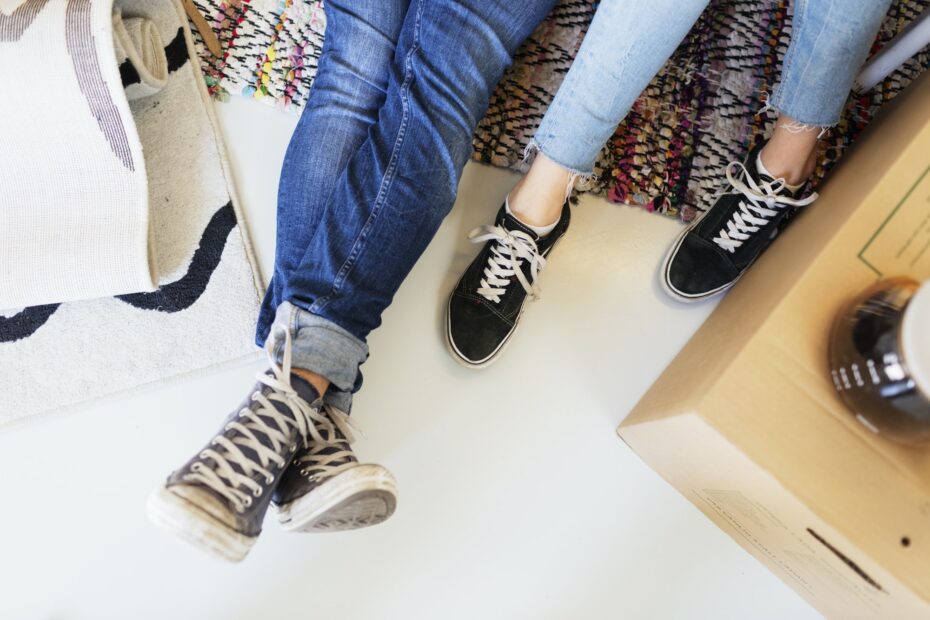 She raises her eyebrow and gives me the look.

“What? What!”, I respond, exasperated.

Wordlessly, she looks down at my shoes.

Ahhh, yes. My shoes. My daughter isn’t registering her disapproval about my choice of footwear – a pristine pair of slip-ons – she’s registering a comment about the fact that I even have shoes on, at all.

Wordlessly, she looks down at my shoes.

Namely, indoors, inside her home.

I traipse back to the front door and dutifully remove them.

Now, we care about cleanliness?

Now, we care about hygiene?

Now, she wants my shoes off at her front door?

I guess it all depends on just who’s running the vacuum cleaner.

And I’m getting in the habit of it. I might even implement the rule at my house.

People often ask: “On or off?” Almost without exception, I answer: On. It’s mostly habit. But it’s also somehow slightly political. The implication is: I trust your shoes; I trust you.

The science, however, says that I shouldn’t.

According to a study in the Journal of Applied Microbiology, regardless of where you live, shoes worn indoors are a vector for pathogen transmission. Studies done in both household and public settings reported comparable contamination of shoes. One study found that 40 percent of shoe bottoms samples collected from households were contaminated with C. difficile.  Listeria was found to be prevalent in 40 to 80 percent of shoe bottoms samples. The deeper the tread on the shoes, the higher the concentration of contamination. Salmonella also registered on the tested shoes. And here’s a tip: don’t let a doctor with shoes on into your house. In fact, as community service, you should probably insist on a sheep dip for medical personnel.  Shoes worn in hospital settings, including the operating room, revealed elevated counts on all sorts of nasty bugs, especially staphylococcus, but also including really nasty MRSA.

And here’s a tip:
don’t let a doctor with shoes on into your house.

Rural settings don’t provide insulation from this problem.  A 2009 longitudinal study performed in a rural Alaskan community had people wear sterile boots and then go on a walk.  The study found that 70 percent of the participants’ sterile boots became contaminated with coliforms, of which 40 percent were E. coli. Now, it’s not the boots we’re worried about. It’s what those boots transfer to the floor.

Increasingly, we view the outside world as a threat. These days people are practising a lot of ‘performance sanitation’, the earnest, but haphazard, spraying and wiping of dumbbells and yoga mats. The jury is out as to how effective any of that is.  Perhaps the removal of shoes qualifies as the better effort?  Our recent reacquaintance with hand-washing has, on its own,  tamped down influenza transmission. Maybe a ‘Shoes Off’ policy makes sense, too?

I have one friend who is dead set against it. She claims the whole “Lose the shoes” agenda is just part of an evil, world-wide sock cartel’s insidious plan.  I explained the science to her. She didn’t care. Then I played my trump card and told her that it would mean a lot less vacuuming.

She said meh, she likes vacuuming; when she vacuums, she can’t hear the voices in her head.

So I’ll make an exception to my new rule.

I’ll leave my shoes on when I go to her house.

Just in case I have to run.

WHAT’S YOUR INDOOR SHOE POLICY? SHOES ON, OR SHOES OFF?

Make sure you add thebooklessclub@gmail.com to your email address book.

Do you own or have you given as a gift a Swiss Army knife? How has it come in useful?

In the summer of 1971 I was doing the obligatory college trip to Europe.  I wanted to bring gifts back for my mom and dad and the Swiss army knife seemed like the ideal present for my dad.  I got him the best one that I could find, with all and sundry attachments.  I remember carefully choosing the Phillips screwdriver instead of the corkscrew, because Dad wasn’t a drinker but was a handyman.  When I got home and presented my gift, Dad was delighted.   Sadly, in January of the next year, I lost my dad to a massive heart attack.  He was only 53.  Mom returned the Swiss army knife to me as a keepsake.  The first time I opened the knife attachment, I saw Dad’s fingerprints.  I still have the army knife, but have never used it because I didn’t want to lose his fingerprints.  Dad has been gone 50 years now, but when I opened the Swiss army knife this morning I could see, ever so faintly, a tiny portion of his fingerprints still there.

I was using my Swiss Army knife when I went fishing. It was given to me when my older sister went to Europe in 1967. One day I was fishing and I had my knife in the upper pocket of my jacket. My buddy had a fish on his line and he was bringing it up to the boat and asked me to grab the net and scoop up the fish. I leaned over to scoop it up, and my knife flew out of my pocket into the ocean at Gibson. Jump forward two years. My buddy was sitting on the beach with his beer and newspaper and this other guy walked by in a scuba outfit. They start talking and my friend said, jokingly, “Hey if you’re out there looking around, my buddy lost his Swiss Army knife out there a year or so ago”. When the scuba diver came back he had a Swiss Army knife in his hand. He said “Is this the one?” Flabbergasted, my friend looked at it and he said,  “Yup that’s the one”,  because when my sister gave it to me, I’d carved my name into it with a heat gun. My buddy called and told me what happened then mailed it to me.

My husband and I raised three sons, who each received a Swiss Army knife. One year we were camping in Sasquatch Park and our middle son lost his knife. He was devastated and we reported it to the park ranger. On leaving the park, we stopped at the check-in booth to see if it was found. To our son’s delight, an honest person had found it and returned it. That same son has three boys of his own and his eldest son has now received his treasured Swiss Army knife. The Swiss Army knife tradition lives on!!

In 1975, I hitch-hiked through 11 European countries, including Switzerland, over a seven month period. I packed a red knife with corkscrew, bottle opener, can opener, and blade for meals on the road. Years later, I noticed that my knife sported a white X not a +.  My wife resolved my chagrin by purchasing a real Victorinox at the duty-free shop. Those two knives have been joined by a collection of classic examples from Buck and Schrade, but also from D.H. Russell – a Canadian company out of Pictou, Nova Scotia, worthy of a column in its own right.

Over 25 years ago my best friend gave me a Swiss Army knife as a Maid of Honour gift at her wedding. It is small but contains the essentials: a blade, screwdriver, nail file, tweezers, scissors, and a toothpick.  It lives on my keychain. Just last week I was in a waiting room and a lady I was talking to said that the tag on her skirt was annoying her.  I pulled out my handy knife and opened out the scissors for her to cut the tag off. This gift is one of my favourite and most used little belongings.

Can not recall how old I was when I received my one and only Swiss Army knife from my dad. I was fascinated with the multi-tool device, however, I always had a problem opening one of the tools. Needless to say, I decided to open the tool with my front teeth. Not a good idea! Swiss Army knives are strong. As a reminder of youth and lessons learned, I sport two capped front teeth.