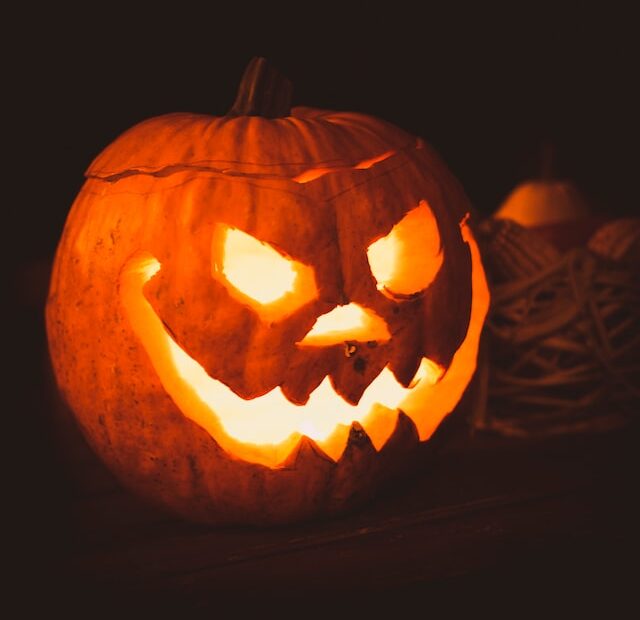 I have a rule around Halloween candy.

I only buy candy I don’t like. It’s a pretty narrow caveat given that I love pretty much all candy but it’s just too treacherous having little candy bars around the house. I can inhale a dozen mini-boxes of Smarties in no time. My complete and utter lack of willpower cannot withstand this seasonal test. Historically, I have to replenish the Halloween bowl the day before the first wee goblin knocks on my door.

This year, however, self-depriving ruses will not be required.

… it’s just too treacherous having little candy bars around the house.

The reason being is that I’m just not getting any traffic anymore. Trick-or-treaters have dwindled down to almost nothing. The mini-Ruth Bader Ginsbergs, little facsimiles of Dwight Shrutes from The Office, the Obi-Wans, and Elsa, after Elsa, after Elsa!  All vanished. I was getting a few teenagers hollering ‘Trick or Treat’, but my policy is, if you’re old enough to shave, buy your own candy.

So, where have all the trick-or-treaters gone?

So, where have all the trick-or-treaters gone? Do we have a kid shortage? Apparently, we do! According to StatsCan, we just aren’t making enough of them anymore.

On average, fertility rates have been trending downward since 1900. World War II created a temporary uptick with the ‘baby boom’, but generally speaking, families are getting smaller. Fertility rates have been dropping since 2009 and Covid made the downward curve even sharper.  The last year that replacement levels of fertility – 2.1 children per woman – was reached was 1971.  Peak fertility came in 1959 when most of your friends came from families of 3.85 kids. In 2020, the Canadian fertility rate dropped to 1.40 trick-or-treaters per woman.  That’s a record low but we’ve been below replacement levels for 40 years.

Canada is considered to be a low fertility country. With a fertility rate of 0.81, South Korea is considered to be a ‘no’ fertility country. That country has the world’s lowest fertility rate and their numbers have declined for the past six consecutive years. The most recent figures show that, annually, around 60,000 more people die in South Korea than are born. North Korea’s birth rate is about double South Korea’s. This disparity could be a problem if conscription is ever an issue.

… families are getting smaller.

Africa has the planet’s highest birth rates. In Niger, there are 6.9 babies born to each woman.  DR Congo and Mali tie for second place, with 5.9.

Despite the falling number of trick-or-treaters in Canada, we’re spending more and more on Halloween each year. Costumes are a big deal and every year has some humdingers. I expect we’ll see the Liz Truss lettuce showing up at costume parties. Somebody will figure out how to represent the Walleye Fishermen who plugged their winning catch with weights. Fertility rates may be plunging but, according to the pundits, Canadians will still spend about $25 on Halloween candy this year amounting to about $486 million dollars nationally.

I really miss the stream of cleverly costumed kids and their grinning chaperones but we both know, if the doorbell doesn’t ring, I’ll just eat that whole bowl of candy by myself.

TRICK-OR-TREAT! ARE YOUR NUMBERS UP OR DOWN? AND ARE YOU TAKING THE OCCASION TO THE NEXT LEVEL WITH HALLOWEEN DECOR AND MORE?

Has there been a net benefit and/or net loss due to the legalization of cannabis?

The BC Compassion Club Society in Vancouver was one of the first cannabis dispensaries in Canada. It operated for 25 years as a non-profit medical dispensary with an adjacent Wellness Centre, and received referrals from health practitioners. Almost 15,000 members were served to help with chronic pain, anxiety, chemotherapy side effects, etc. Cannabis legalization encouraged the proliferation of for-profit recreational dispensaries but did not make provision for store-front medical dispensaries. Due to the competition and costly requirements to get a medical license, the BC Compassion Club Society was forced to close its door August 31st. Sadly, Cannabis legalization increased access for recreational users but forsake the needs of medical users who were the first advocates for legalization.

Politicians, police and doctors have been claiming since 1923 in our country that pot causes everything from cancer and psychosis to low sperm count and bad behaviour, so I’m not going to get too worried about Dr. Misskey’s blood clots.  The lawyers, judges and police who leaped into the cannabis business are probably disappointed that their projected profits haven’t materialized.  It’s a shame that none of the virtuous folks pronouncing on what they consider vices never consider the harm that prohibition causes, like bloody gang wars over black market territory.  Everyone seemed to get it after a while when it was alcohol that was made illegal, or you wouldn’t be so blithely recommending margaritas today.  I usually enjoy your column very much.

Drug harms should inform legislation, otherwise we can’t credibly educate the public. Scientific evidence shows that the Controlled Drugs and Substances Act drug schedules don’t match harms. We need legal regulation of all drugs, from alcohol to mushrooms, under a single regulatory framework, rather than a piecemeal approach for every drug based on public opinion, moral panic, or racism (as has been the case with some drugs).

As a 68 year old male who has used cannabis regularly  for over 50 years, legalization has been a net benefit. Government at every level is making money and there is no evidence it is a gateway drug. The line that “we just don’t know enough about long term impacts” is ridiculous.  Just talk to us boomers!!

I walk my dogs several times a day. In the past. Since cannabis legalization, I find countless cannabis roaches on the trails through the woods. That raises the risk of wildfires in these longer, hotter, drier spells we are experiencing.

Dogs find the smell of marijuana very enticing. Ask any veterinarian, and they will tell you that the number of dogs they see poisoned by THC has risen dramatically over the past several years. A couple of months ago, my puppy ingested a roach and became unresponsive.  We rushed her to the 24-hour vet clinic in Langley, where they kept her overnight and tested her blood. That was the most stressful and expensive night of my life.

My cousin’s dog ingested a roach, and the vet found Angel Dust (PCP) in her blood, along with THC.

Nobody is sure of the medical and mental effects, both immediate and long-term.

Two cheers to the feds for finally decriminalizing pot possession and a loud boo for not expunging the criminal records for cannabis possession under the stupid old regime. Also, there should be no surprise that legalization would produce more “wake and bake” patients with blood clot issues. We’ve known this to be true for cigarette smokers down the years and no one can sensibly argue that cannabis is more harmful than tobacco or alcohol. As one wag once put it: “Marijuana never killed anybody but it sure killed a lot of parties.”