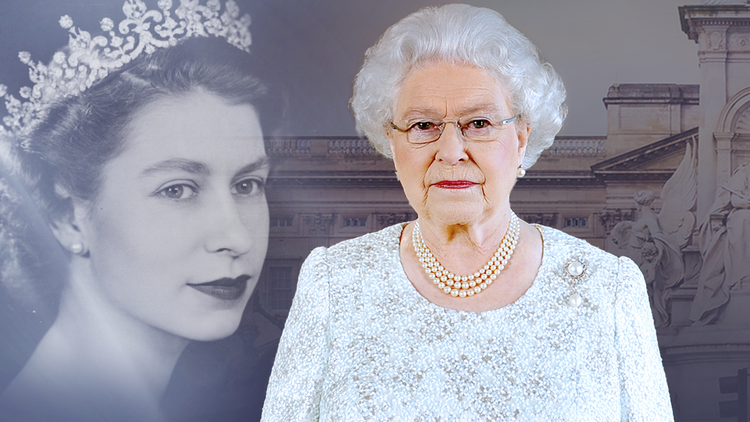 Many’s the time that I’ve been blown off course.

I’ve dithered and fretted and taken on water. If I’m lucky, something will come along to right my vessel. Something will shift a piece of ballast in my hold and save my ship from sinking. These rescues can come from anywhere. A chance encounter with a kind stranger. A passage in a book. A poem.

The crown was something that dictated to her, not her to it.

In recent years the thing that has saved me has been the Netflix series, The Crown. My favourite parts are the 21 episodes from 2016 to 2020 that feature British actress Claire Foy as the young Queen Elizabeth. Foy’s performance was astonishing, but the drama could be appreciated on two levels. It was a lavish production with scrupulous attention to detail but, embedded within it were lessons about constitutionalism and governance. To watch the personal drama of a girl growing into one of the most demanding positions on earth was fascinating, but it was the animating of the very idea of a nation that captured my attention.  The screenwriters managed to convey the young queen’s tremulous assumption of the monarchy as well as the emergence of an exquisite understanding of the complexities of the role.  If the portrayal is accurate, we see that Elizabeth came to a deep appreciation that the monarchy – the crown – was something that dictated to her, and not her to it.  As opposed to the exaltation of self, we saw her absolute subservience to duty.

I’ll wager that it’s this subservience to duty that will be considered the hallmark of her reign.

The constituent parts of nationhood were highlighted in an early episode. Elizabeth’s constitutional tutor quizzes the young princess on two principles of the Constitution:

“There are two elements of the Constitution:” wrote Walter Bagehot in 1867. “The efficient and the dignified. Which is the monarch, Your Royal Highness?

Precisely. Two institutions, Crown and government, the dignified and the efficient, only work when they support each other. When they trust one another.”

… she answered the bell, she stayed in her lane, nobody got a free pass.

As head of the Church of England, of course, God would be the presumptive answer, but let’s reflect on the idea of dignity.  Dignity derives from the Latin word, dignatus, meaning worthiness and pivots upon the concept of unbending principles. It’s a rather grand concept, isn’t it? How often do you encounter principles that haven’t been tweaked for convenience? It appears, however, that Queen Elizabeth lived by unbending principles in all aspects of her life. Love her or hate her, she answered the bell, she stayed in her lane, nobody got a free pass. Not easy. She faultlessly fulfilled her role as constitutional monarch by recognizing that the crown was bigger, more enduring, than she could ever be.

What’s the plural of annus horribilis? How Queen Elizabeth navigated seven decades of social upheaval, family issues, judgement and criticism is a marvel to me.  People can assign whatever value they wish to her ceremonial roles but I’m taking a moment to be grateful for the example her life of duty provided. There is shelter to be had in duty. In fact, duty may be the only thing that can provide insulation from the vagaries of life.

The suppression of self in service of a greater good.

We live in a time where exaltation of self is celebrated above all. Perhaps we should reflect on the value of the opposite: the suppression of self in service of a greater good?

I, for one, am going to miss that.

WHAT ARE YOUR THOUGHTS ON THE LEGACY OF QUEEN ELIZABETH II?

Any surprise inclusions in your suitcase? How do you approach packing for a trip?

A Petzel rechargeable headlamp goes in my on-board travel bag just in case the lights go out. But also I love to read and many lodgings or guest rooms don’t have a bedside lamp. Ergo, my Petzel!

Two things I have learned to always pack are a box of Tetley orange pekoe tea bags and a large clear plastic garbage bag for dirty laundry. Nothing ruins a trip more than a bad cup of tea & having to do laundry!

Ahh, packing! My go-tos: carry-ons, packing cubes and colour coding. I’ve got carry-on packing down pat. Two of us can make it through a two to three week trip with a carry-on and a backpack each. I have packing cubes in two colours, in sizes for folding and rolling . His are in black. Mine are in blue. You still have to take out the cubes each day to change clothes, but no more rummaging through the entire suitcase to find the elusive sock.  And for colour coding – go neutral. Every top should go with every bottom. Scarves and jewellery will add the pop of colour. Another tip: small clothes pins for hand washing.

We were working with Masinde Maliro University in western Kenya, and I knew they very much needed a skeleton for their medical and law enforcement programs.  I obtained a skeleton, detached him from his stand, and managed to fit him into my large suitcase on the diagonal. Then, being mindful of luggage scans, I typed out a very authentic letter: To Whom It May Concern. etc. and liberally added official looking stamps to ensure it would be accepted:  no commercial value, destined for a university, contact professor, etc.

While in Nairobi I opened the suitcase, and sure enough, the skeleton had been inspected.  A few days later I was flying to western Kenya. Before entering the ticketing hall, one’s luggage is screened. I dumped my things while my big  suitcase went through the machine.  All of a sudden the machine stopped!   Three young men stood there – eyes wide open beyond belief.  At first they looked ready to bolt. Then they shuffled sideways – speechless – just pointing to the bag. I opened the bag and handed over the letter – so much better than any explanation I might offer aas to why there was a skeleton in my suitcase.  Only then was I allowed through, but I definitely scared those young men.