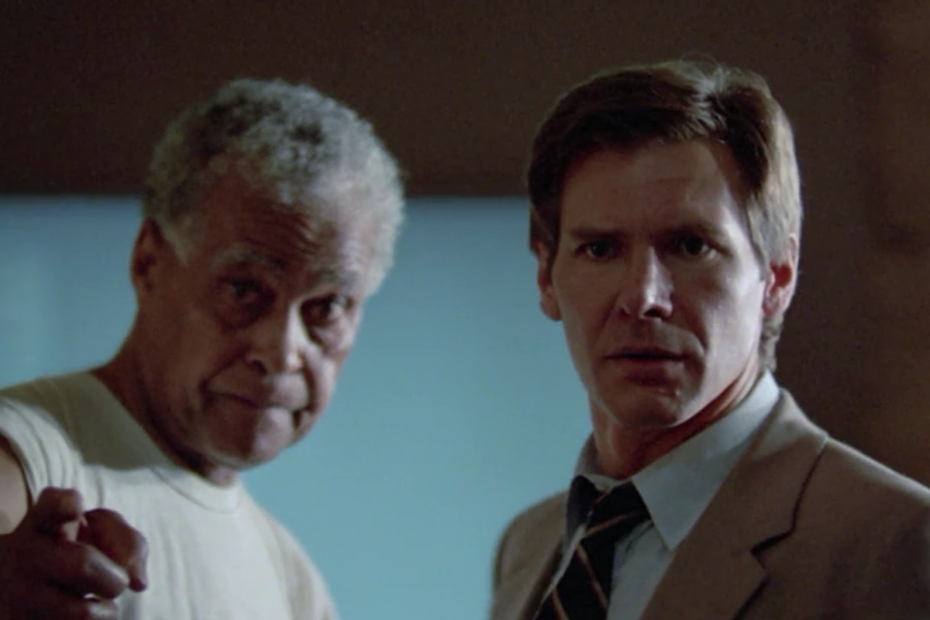 Who doesn’t have a favourite scene from a movie?

I have dozens of them and they never get old.

I can reliably be brought to tears just thinking about the scene where an entire community of Amish respond to the ringing of the alarm bell in the Harrison Ford movie, Witness. I’m edified each time I watch June Carter’s reply to scathing censure from a stranger in a grocery store.  As played by Reese Witherspoon in Walk the Line, Carter’s subdued response is, “I’m sorry to have disappointed you, Ma’am.” That’s it!  No defensiveness.  No histrionics. No nastiness. Just a solemn apology.  Boom!

“I’m sorry to have disappointed you, Ma’am.”

I revisit this scene each and every time I want to detonate an incendiary device.

Try as I may, I can’t stop thinking about the video Lisa La Flamme posted following her unceremonious ouster from CTV. That whole thing bothers me. Judging by the editorials and the twitterverse, it bothers a lot of people. I don’t know Ms. La Flamme but I thought she did a commendable job as CTV’s chief anchor and I was surprised by her sudden removal from the air. Stories of professional conflicts have now percolated into the narrative. It sounds like there was a behind-the-scenes grudge match. Apparently, Ms. LaFlamme’s fabulous grey mane may have raised contentions. Nobody knows for sure. The general public is still in the dark as to what exactly happened and, really, that’s how it ought to be. It’s their business.

… a combination of sleight-of-hand and sledge hammer.

Frankly, I don’t care what precipitated the decision.  What I care about is how it was carried out.

Whatever the reason, the execution was shabby. CTV came off poorly.  Big mistake, that.

Having worked in the media – including for a CTV affiliate years ago – I’ve seen the politics of a news organization.  At play on any given Monday, there’s a combination of sleight of hand and sledgehammer.  Heaven help the guileless.

We can only judge Ms. La Flamme by her on-air work. That was faultless. For all we know, she doesn’t recycle. That she doesn’t alternate at the McDonald’s drive-thru. But she was good at her job. Up until the moment she was removed, we were told that CTV and its anchor were a beacon of reason and erudition.

It now appears that only La Flamme can lay claim to that dignity.

For all we know, she doesn’t recycle.

The net effect of La Flamme’s termination leaves us all with a bad taste in our mouth.  It’s hard to accord authority when there’s been poor conduct. If we find actions to be indefensible, don’t expect us to put much stock in corporate choices going forward. Through no fault of his own, the new network anchor, Omar Sachedina, arrives under a cloud and that’s not fair to him, either.

Lucky for us, the landscape is littered with inspiration, both cinematic and real, that tide us over the tough times. Lisa la Flamme closed out this chapter with grace and dignity.

I’ll be reflecting on the video she posted online the next time I want to verbally strafe a room.

That, and those fabulous platinum locks of hers.

DO YOU HAVE A SCENE FROM A MOVIE OR A BOOK THAT IS A TOUCHSTONE IN YOUR LIFE?

WHAT ARE YOUR THOUGHTS ON THE RELEVANCE OF DIGNITY IN THE PUBLIC SPHERE?

What do you do for the natural world? Are you instilling these values to the next generation?

Half a century ago I bought a smell shed on an acre of land surrounded by cranberry fields. This lot was full of trees,shrubs,flowers, birds, bees, dragonflies etc.  As the kids came along I added spaces to the tiny house in all directions.  When the kids were reaching high school age, we decided to move to an urban area with better educational facilities. One of the farmers offered to buy our property. Knowing that he would bulldoze everything and turn it into cranberries, we declined. Over the years the place has been further improved with fruit trees and more flower gardens. After we leave the world, we hope our children will inherit this little corner of nature.

When we bought our Tsawwassen home years ago, we started making changes to our yard that would benefit wildlife. It began with bird feeders, a fountain and expansion of garden beds. More recently, a pondless waterfall, a bee condo and two bat boxes were added. A focus on adding native garden plants helps not only feed birds naturally but is beneficial for pollinators, like bees and butterflies, too. Our efforts have paid off, we now see more bird and insect diversity, roosting bats and along with the occasional skunks denning under our shed and daily raccoon visits, our yard is a busy place. When people visit, I enjoy chatting about how we’re trying to give nature a boost.

We have had a bird bath going since 1978.  We love watching the birds from our kitchen table and have the feeders going, as well.  This morning we watched the 20 or so bushtits go crazy in the birdbath then flit up into the pine tree to have a treat.  The hummingbirds were enjoying the crocosmia instead of the feeder and listened to a chickadee.  It is very relaxing and therapeutic watching the birds instead of the TV.  The sparrows and finches seem to have left town for cooler climes.

My parents taught me a lot about the natural world from the time I was a child.  I continued this with my own children and, most recently, three granddaughters now in their twenties.   Starting when they were three years old I took the girls on nature walks, observing birds along the way to a pond where they watched turtles sunning themselves and ducks raising their young.  We saved various bugs, worms and insects in distress!  We also picked up discarded pieces of trash.   I continue feeding suet and seeds to a wide variety of birds and am in the third year of raising mason bees which are immensely valued as pollinators.  We all need to help this world in whatever ways we can!

Pairs of black capped chickadees are the most prolific users of the fountain on my balcony and have been a source of fascination for the younger grandchildren.   The chickadees noisily announce their arrival and demand privacy while bathing. Furious scolding occurs if anyone happens to be sitting outside when they turn up. One then perches on a branch of a nearby tree to keep watch while the other one takes their turn splashing about in the small dish at the top of the fountain.   Chickadee families have also moved in and set up house in our birdhouse several times in the early spring.   They are good tenants but once the babies have mastered the art of flying, they just leave without saying goodbye or clearing out their furniture.